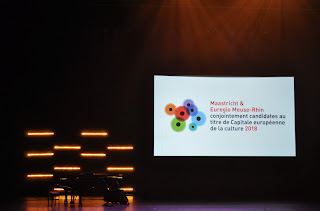 In 2018, the Netherlands and Malta will be providing the two European Capitals of Culture. In December 2008 and 2009, the Maastricht municipal council decided to put the city forward as a candidate. Maastricht will not be alone, because the candidacy is being supported by the Dutch Province of Limburg and is being shaped in close cooperation with our partners Aachen, Liège, Heerlen, Hasselt and Sittard-Geleen. The Belgian provinces of Limburg and Liège, the Aachen region and the German-speaking Community in Belgium are also involved. That means that Maastricht is a candidate on behalf of the entire Meuse-Rhine Euroregion. 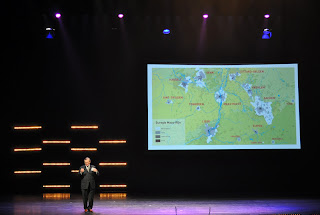 Maastricht & Euregio Meuse-Rhine joined forces to become a candidate European Capital of Culture for 2018. For several years now the Maastricht VIA2018 organisation worked hard on the concept for the bid book. Last night the very first version of the bid book was presented in a full house at Theater aan het Vrijthof in Maastricht. Everyone who is somehow invloved in culture in this Euregio was there.
As you can several FASHIONCLASH have been used in the bid book newspaper. Fingers Crossed for Maastricht & Euregio Meuse-Rhine 2018 bid! http://www.via2018.eu 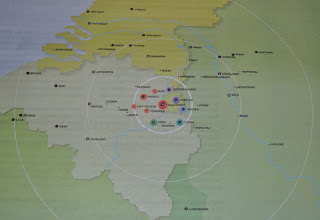 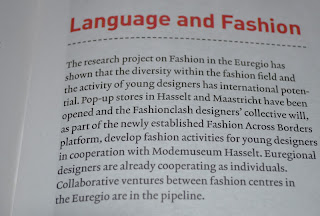 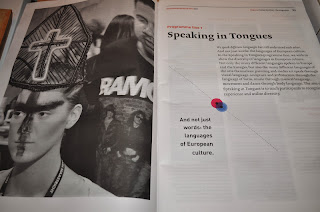 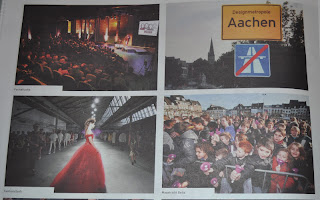 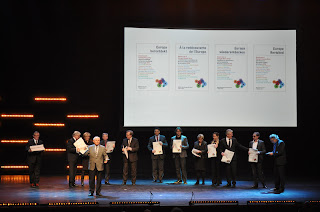