The Art of Aging

The concept of ‘age’ is the theme of the 6th edition of the FASHIONCLASH Festival.

Age is omnipresent in our society. It is a multi-layered concept and widely discussed. It seems that we could debate endlessly what aging means in the 21st century. There is the societal debate concerning the aging population in Western countries. What can be done to the evident age gap between the old and the young? What kind of actions can be done to prevent the isolation of elderly people in society? The developed health care system means that people will live longer and are able to stay active longer. There is the value debate concerning the adoration of youth, which contrasts the appreciation and respect we often show towards the elderly people. What will be the role of elderly people in the modern society? Has the modern-day obsession with youth made us formulate certain beliefs concerning appropriate behaviour for elderly people? Some say it is inappropriate for an older woman to show off skin. Whatever is your position in the debate concerning age, it is something that you can relate to. Have you ever considered, for example, how does your age translate to your actions and the way you express yourself? Often it is claimed that certain designs are representative of a certain age only, but is it really so? Equally, art and design provide a number of means to break down boundaries that are related to the stereotypes concerning age. Fashion is capable of discussing whether certain types of clothes are limited to a specific age or how age can be implemented in design.

There are a number of interesting initiatives that celebrate aging. Ari Seth Cohen’s Advanced Style embraces elderly people, and shows how comfortable they are in their skin. His blog questions the traditional conception of elderly people dressing up in a dull manner. The blog What Ali Wore is another example that honours aging. What Ali Wore has made the powerful statement that being old does not equal to dullness. Quite the opposite, the blog has proven that often an elderly person has the confidence to be exactly who he wants to be. All the lived life and past experience have made him to accept him and celebrate the person who he is. Doesn’t that sound appealing? Isn’t that something some twentysomething and thirtysomething people are missing? Oldtimers is another example of an initiative that celebrates aging by displaying inspiring examples of elderly people who contrast the traditional perception of aging. The blog is curated by Studio Breedbeeld. Oldtimers has emphasised Iris Apfel as a source of inspiration for everyone regardless of their age. Indeed, she can be seen as the epitome of aging gracefully and maintaining a great sense of style and humour. Her appearance juxtaposes the orthodox belief that an elderly woman cannot express herself through style.
Fabulous Fashionistas documentary underlines the same message. Director Sue Bourne explores the art of aging with six stylish older women and emphasises that fashion can be enjoyed at any age. 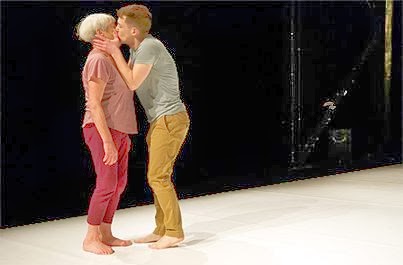 Act Your Age is a European dance project focussing on the pressing global question of aging. In cooperation with the Centro per la Scena Contemporanea (Italy), Dance House Lemesos (Cyprus) and the Nederlandse Dansdagen (the Netherlands), choreographers tackle the challenging subject of age and aging of the European citizens, and the consequences for artists, dancers and the performing arts.
Read more: http://www.actyourage.eu/en


All these aforementioned examples convey the same message, aging is not boring, and essentially, it is a process that can and should be celebrated.

How the theme will be expressed at the FASHIONCLASH Festival 2014?

The 6th edition of the FASHIONCLASH Festival is intrigued to navigate within the theme of age and to show how multi-layered concept age is. Furthermore, we are keen to display the crucial role of art and design in the process of transcending boundaries concerning the theme of age. Is age indeed only a number? How do the stereotypes related to age emerge? How does our age translate into our daily life?

The FASHIONCLASH Exhibition will be curated under the theme of ‘age’.

(OLD)Fashion(ed) is a collaboration with the Dutch Dance Festival and Museum aan het Vrijthof. In this project, experienced crafts women and men share their knowledge with young fashion designers. The collection, worn by models of 65 years and older and presented with dance performances by renowned choreographers, will be on display during FASHIONCLASH Festival and the Dutch Dance Festival (October 2014). The project concludes with a special exhibition at the Museum aan het Vrijthof in Maastricht. The exhibition displays the costumes and videos from the (OLD)Fashion(ed) project, and will also provide sights to the personal lives of the artisans.

In this project, we will tell the stories of ordinary people behind the clothes they wear. We ask them to show us their wardrobe and interview them about their lives and the importance of fashion in it. This will result in a series of short films about the influence of fashion on their daily lives. For the 2014 edition, the project will focus on the theme of age by showing five women of different ages.