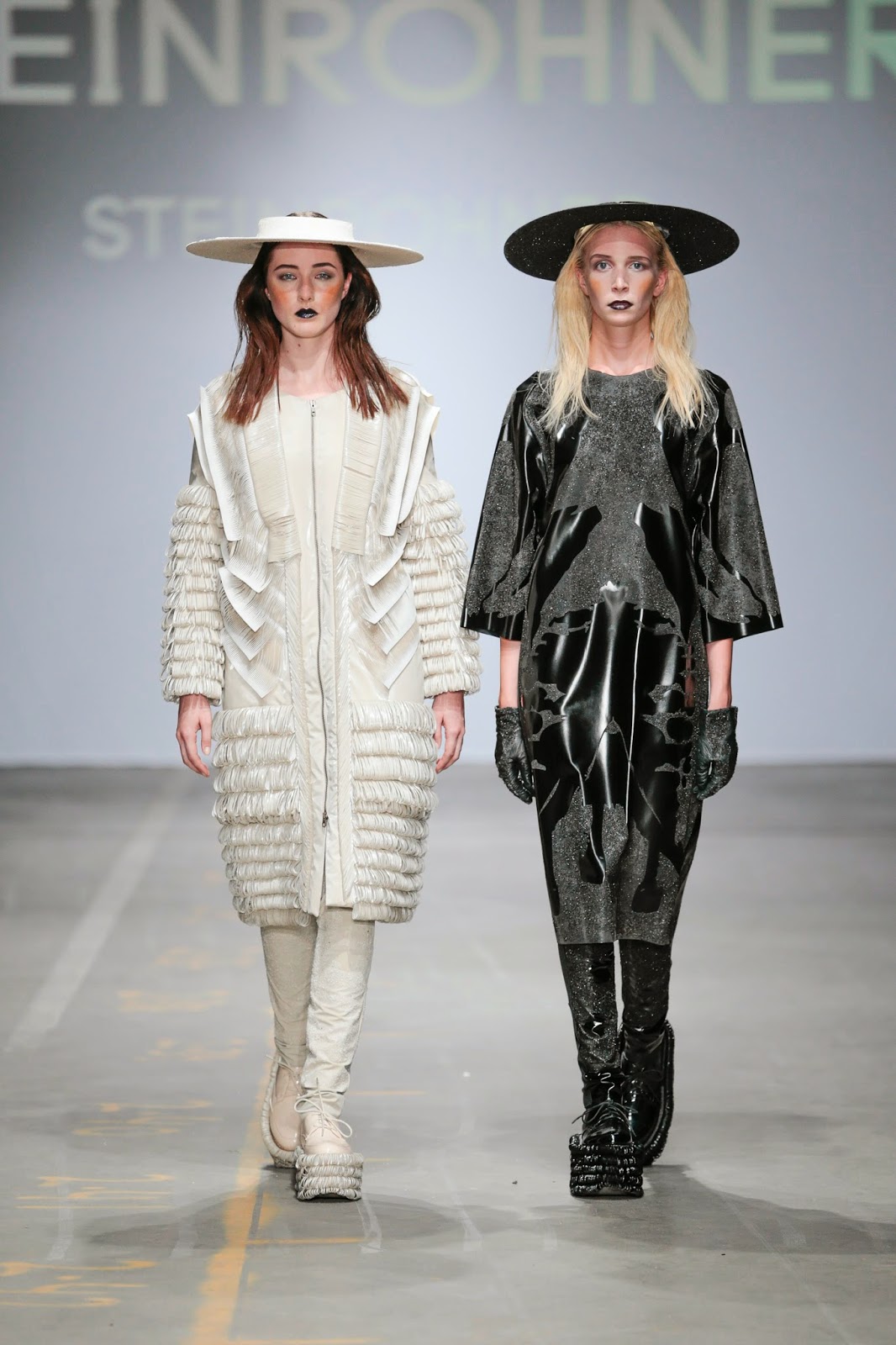 Inna Stein and Carolina Rohner joined forces to create STEINROHNER after meeting at the Berlin Art School in Weißensee, Berlin. We discovered their work at the graduation show of Weißensee Academy  and in June 2014 they presented their collection during FASHIONCLASH Festival in Maastricht.
The designers have their roots in Russia and Switzerland but have chosen to make Berlin their home. Above all, they want their creations to elicit an emotional response in the wearer, to carry her away into a dream world and to give her courage to move away from everyday clothing. In their second collection, Fossilized, modern laser-cut technology goes hand in hand with the traditional art of knitwear. This allows the finalists to create an illusion in which the clothes appear to unfurl playfully into atmospheric silhouettes.

You can check out their winning womenswear collection in Hall 8 during PREMIUM Berlin fair.