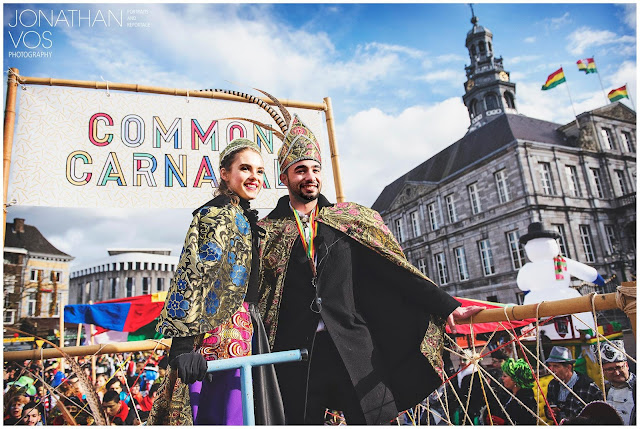 On February 7th Common Carnaval project took part of the official Carnaval Maastricht parade. This was truly an unforgettable experience where the true meaning of Carnaval was brought to daylight under thousands of people who cheered along the parade.
FASHIONCLASH took part at the project, mostly helping development of costumes with the fashion designer Ebby Port. The outcome was a splendid colorful clash material representing various cultures of the world.

Carnaval is one of (if not) the most powerful rituals known to our city. Maastricht cherishes its customs. Both old and new traditions exist right next to one another. It's all a matter of giving each other space. This is what makes Maastricht a good city to live in, to live life in and to visit.
'Carnaval' is one of the oldest of these traditions. The ritual that culminates in the days of the carnaval festival is built from a wide variety of events: Gatherings of people, in large or small numbers, even when 'Vastelaovend' (the Limburgian name for Carnaval) is still just a date on the calendar we look forward to. Creating costumes, building a float, playing music, having food and drinks. We do all of these things together, as a group.
The theme of the Maastrichtian Vastelaovend is to connect, through ‘Plezeer & Sjariteit’, through fun and charity.
‘Common Carnaval’ is a project by, for and with citizens of Maastricht, those born to the city as well as refugees and newcomers. The refugees haven't just left their city, village or home. When they fled they had to leave the belongings, the moments, and the locations that shaped their every day life behind. They also left their shared rituals: the celebrations they shared with family, friends, neighborhoods, cities or even an entire country.
One of the pillars of the 'Mestreechter Geis', the pride of any Maastrichtian, is the tolerant way of life.

This is why Common Carnaval was initiated as a wholehearted welcome for all refugees.
"We want to meet them, help them participate, and make them feel included in our community.We can do this by sharing our rituals bound to the Carnaval with them. By inviting them to create costumes together, by building objects and a float together, and by taking part in the parade together." 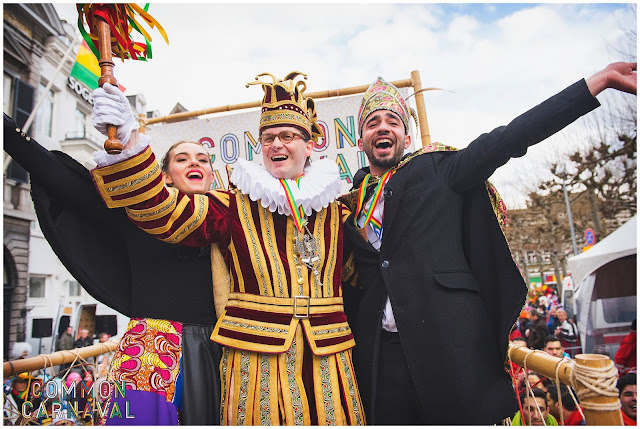 Core value of celebrating Carnaval is questioning society and every one's social role in a humorous, curious, and respectful manner. Therefore a temporary Carnaval's Society was formed, a union that was led by a refugee-Prince (Ali from Syria) and a Princess Carlene who is 'ein vaan us' (Limburgian: one of us, referring to the people who speak the Maastricht dialect). The traditional ‘Council of eleven' leading, consisted of a number of young Maastrichtians, some young artists and a few young refugees or asylum seekers.
During the preparation fase this council tried to connect all inhabitants of Maastricht through the use of mild humor. In the meantime the project received major media attention throughout the country offering a platform for a positive dialogue of intergration.

Origin of Common Carnaval
The very first draft of the idea to build a float came into being at Zuyd Hogeschool: iArts students named Tess Elschot, Jasper Wüller, Gerold Sewcharan, Raki Eckstein-Kovacs worked on a project adressing the current issue of refugees under the guidance of music theater company 'Het Geluid Maastricht' . After a conversation with 'de Tempeleers' and after receiving a letter of recommendation from mayor Annemarie Penn - Te Strake, 'Het Geluid Maastricht' and 'Bureau Europa' have thought about how to apply the project citywide by attracting multiple partners. Furthermore they embraced the idea of 'commoning', to put development and production processes in the hands of a communal network in order to use a collective way of working where civilians and professional organisations provide added value towards society as a whole. The goal here is to stimulate an increasing level of social involvement. In a project that connects societal, performative and designpractices.

All pictures are by Jonathan Vos 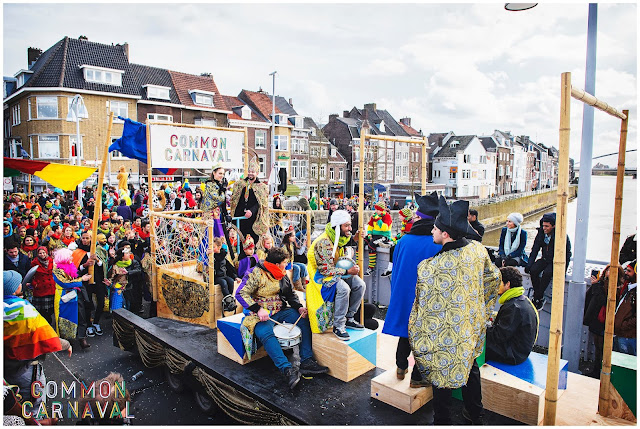 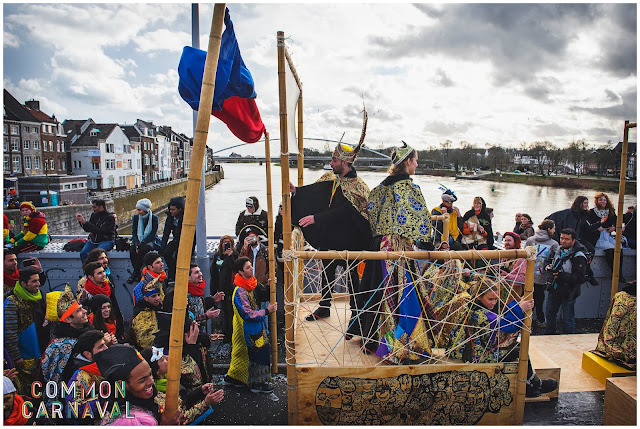 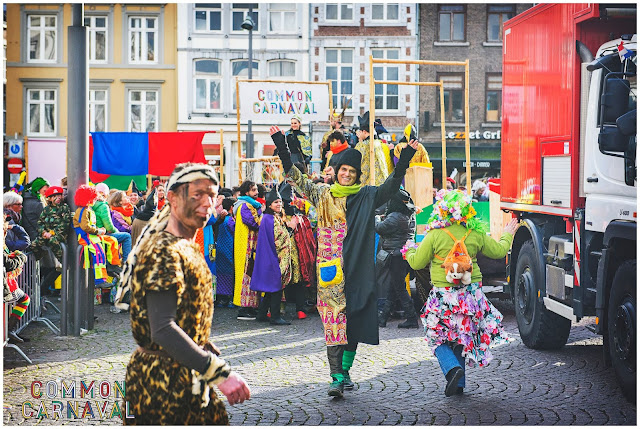 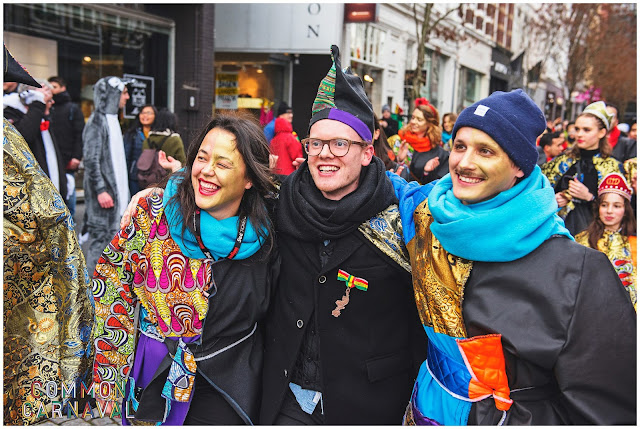 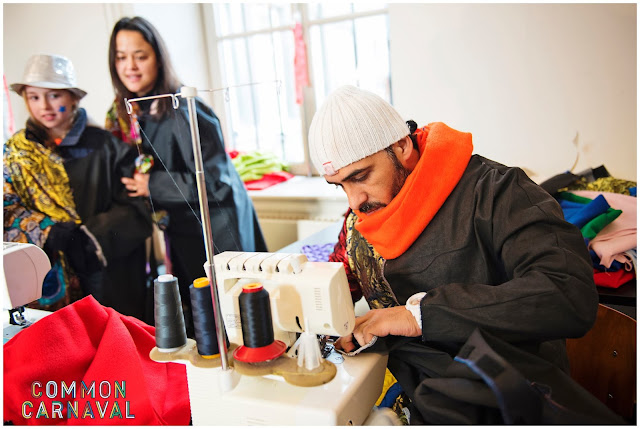 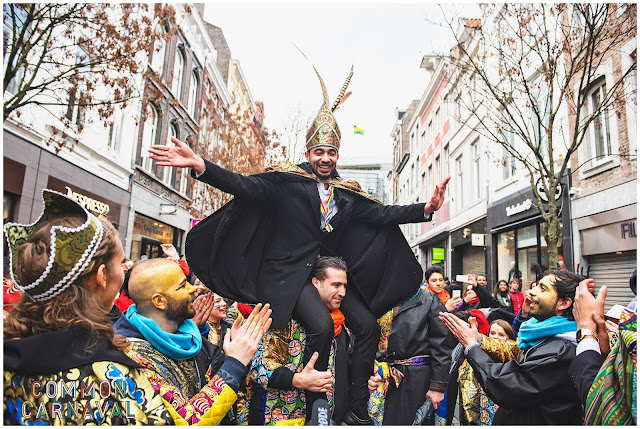 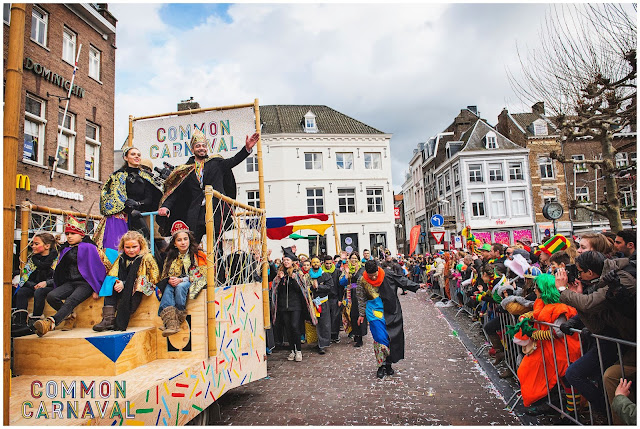 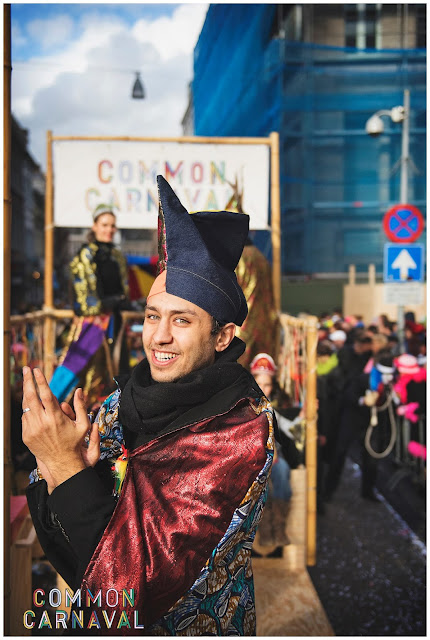 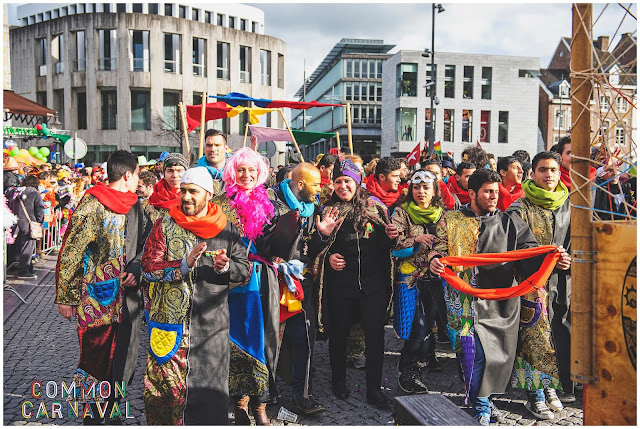 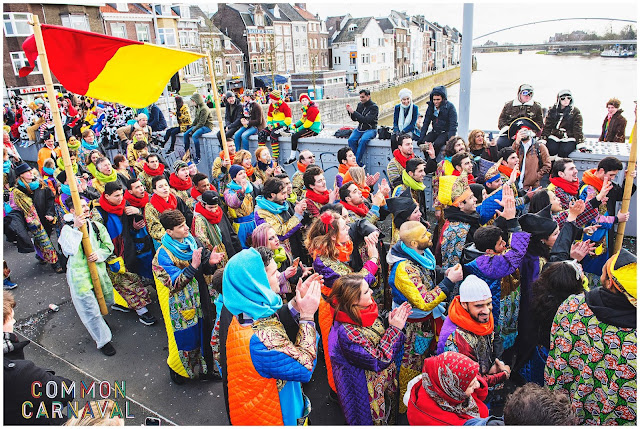 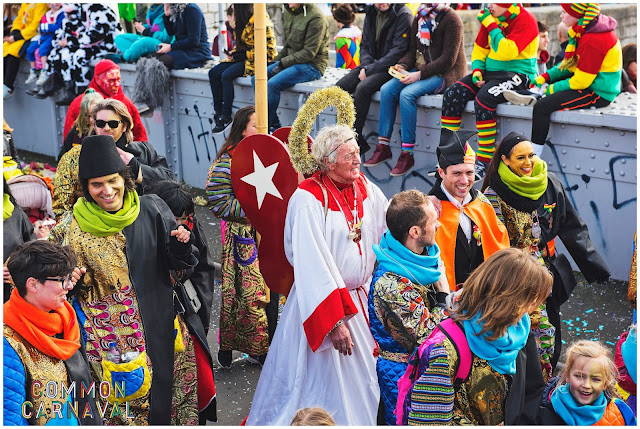 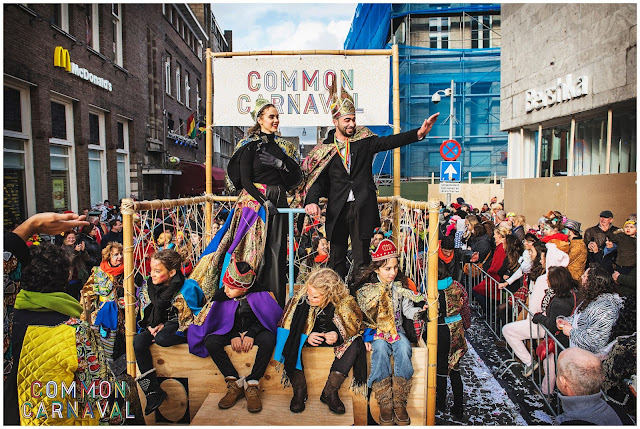 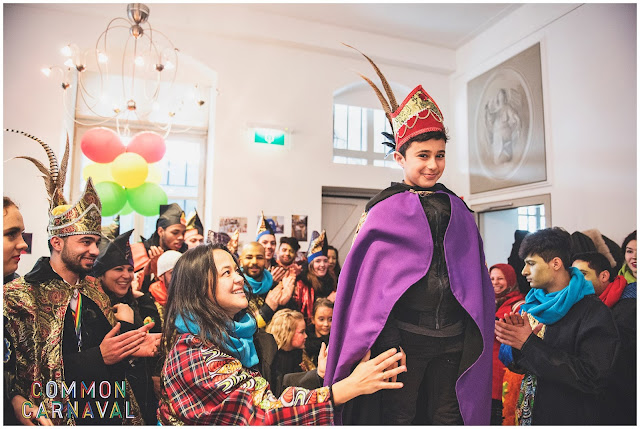 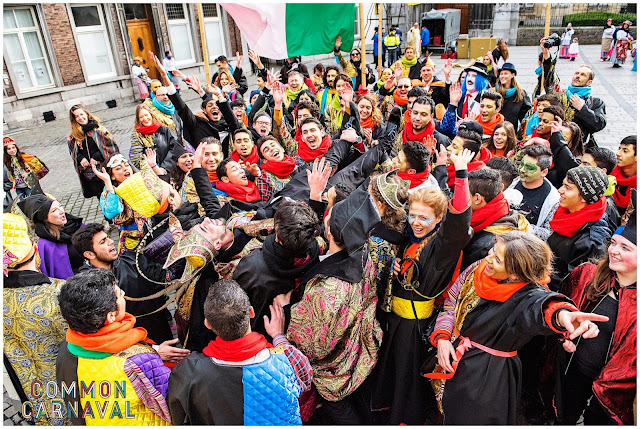 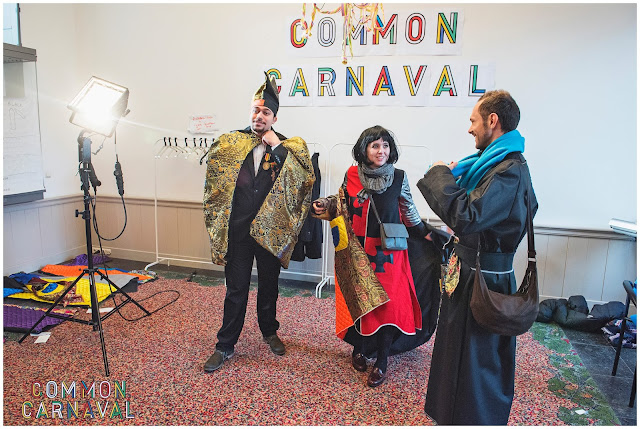 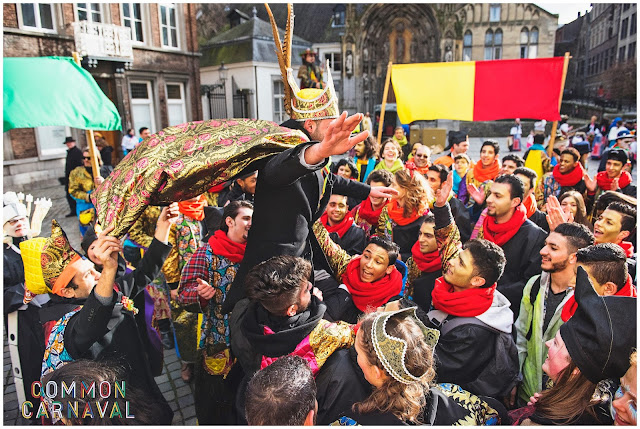 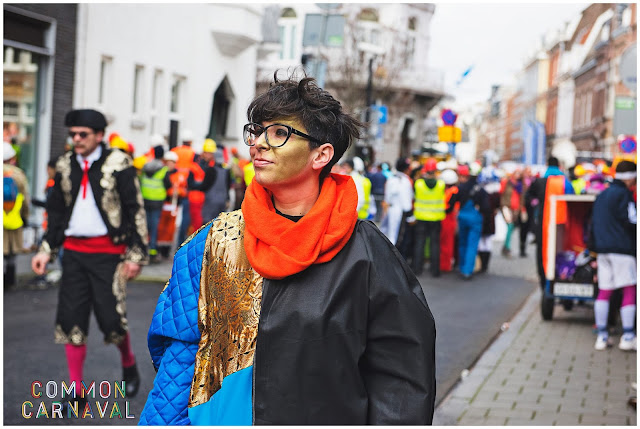 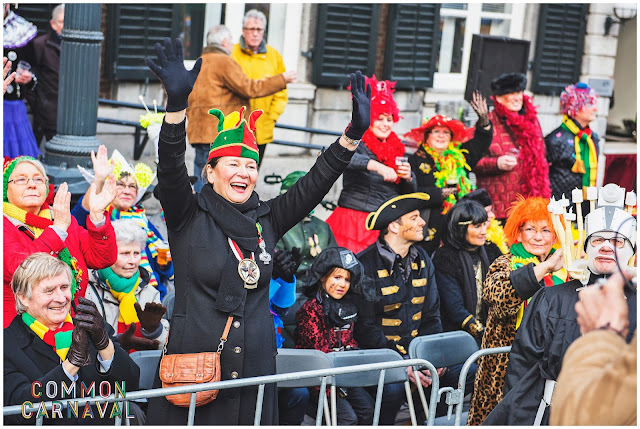 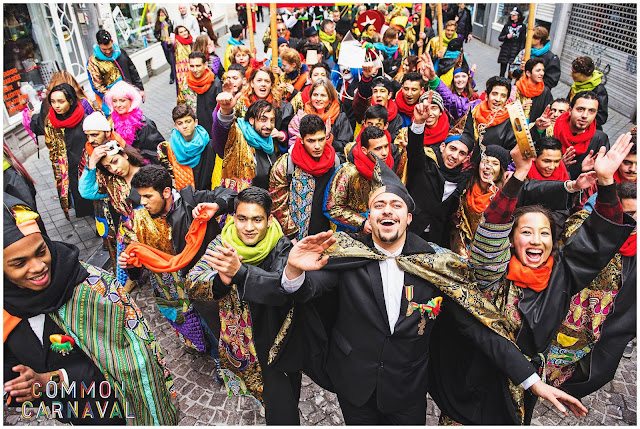