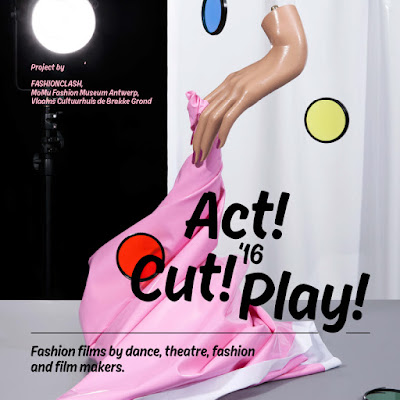 On December 16 three brand new fashion films premiered at Lumière Cinema in Maastricht, and will from now on travel the globe in the international fashion-theatre-, film- and art world.

Act! Cut! Play! is a new interdisciplinary talent development project that has the ambition to lift the quality of fashion films to a higher level. Three teams existing of a designer, theatre maker, and filmmaker from either the Netherlands or Flanders, where challenged to work together to investigate the possibilities and boundaries of their disciplines and the provided ‘format’ of the fashion film. With the incorporation of a theatre maker, the three teams where challenged to make the narrative an important element within the films. 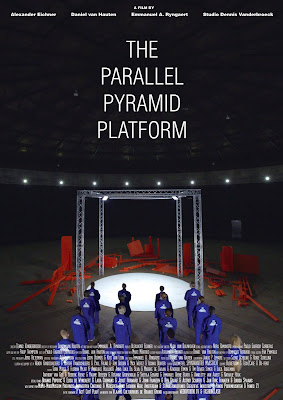 Project format
These three interdisciplinary teams collaborated on the development of three short fashion films from start to end. Previously, fashion films were mostly used by brands as a moving lookbook for their new collections. Over the course of the last years the fashion film has been on the rise: fashion film festivals are popping up across the globe. The films are becoming more innovative and visually striking, but what stands out is that in both national as well as international fashion films the narrative is under developed, and subordinate to its visual qualities. This is precisely what makes this an excellent opportunity to combine fashion, theatre and film and mold it into the right shape.

When a chance supermarket encounter unlocks untapped passion in an ordinary woman, her grey life quickly goes into sensory overload. ‘Your approval is not essential’ sheds a colourful, whimsical light on what happens when you let go of your inhibitions and – out of the blue – start embracing life’s quirky pleasures.

The Parallel Pyramid Platform
Studio Dennis Vanderbroeck (performer), Daniel van Hauten (filmmaker),Emmanuel A. Ryngaert (fashion designer)
"The Parallel Pyramid Platform" is a highly aesthetic and witty game show in which sixteen contestants construct a gigantic pyramid shaped sculpture, working with and against each other, in order to make it to the top first. A film that explores the friction between the individual versus the collective. A never-ending universe in which, as the sculpture grows, blue becomes red. How one can only replace the inevitable void by start building.

In the world of iii, senses double themselves in order to make one woman complete. It's time to reckon with this shit!