Being Aware - A Fashion Film Retrospective 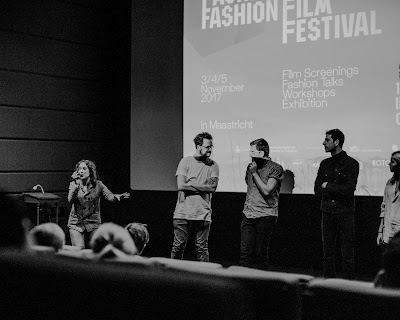 “Agreeing on a vision does not mean compromising on quality in order to please everyone.”"

Over the past ten years we have seen a rapid growth of platforms catering for the fashion film genre. This term seems to have brought together all that video content with a strong emphasis on style that goes beyond being a moving lookbook or a behind-the-scenes.
Though people may differ in defining fashion film, what makes this genre is different creative industries working together, such as fashion, film and adver- tising, to deliver emotionally compelling and engaging video content. 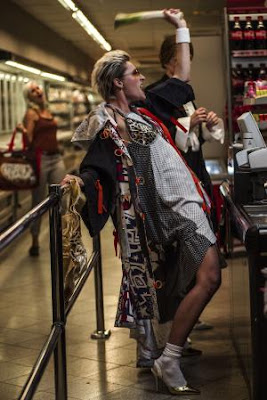 Act! Cut! Play! was a project conceived as a way to develop and explore the relationship between several creative disciplines. “Fashion, film and theatre have come together on equal terms to deliver examples of how we can raise the quality and creativity of the fashion film genre”, explained Branko Popovic, FASHIONCLASH co-director and Act! Cut! Play! partner. Three teams formed by a fashion designer, a film director and theatre maker produced three unique pieces of video content that challenge the traditional approach to fashion film. Here’s what I have learnt after speaking to them.
Each film handled the portrayal of fashion in a completely different way. Both Your Approval Is Not Essential as well as The Parallel Pyramid Platform have fashion play an almost supporting role. The former places narrative at the centre, with fashion there to impact visually on the storyline. The latter on the other hand looks at fashion not as clothing, but rather as a tool to define, divide and group people together. The third film - iii - fits more within the traditional view of fashion film. Strong aesthetics play the leading role here, with narrative helping shape the message behind the film. Although the result is three very different fashion films, there are some shared key takeaways from the teams involved.
Though the definition of fashion film is yet to be agreed on, the overall vision of what is being produced should be aligned from the very beginning. The focus should be on deciding how the different disciplines interact with one another, whether any of them take the lead or are there to support and provide visual impact to the narrative. The aim isn’t to stand out as the main discipline, but rather to determine the correct formula to bring the vision to life.

Agreeing on a vision does not mean compromising on quality in order to please everyone. It means understanding the fundamental creative and visual principles shared by all and building from there. Being able to trust in each other’s talent and having an awareness of how each discipline works allows for the contributors to think differently about their own way of working. As a result, this will lead to a unique and innovative production that will most likely not fit within a conventional film category. Understanding where the story lies is a vital step in the creation of valuable video content. With film generally functioning as a storytelling canvas, disciplines such as fashion and theatre become the tools to bring the story to life. Even though each discipline comes with its own narrative, the aim is to work backwards and transport the overall agreed narrative into each discipline and work with it accordingly. Fashion film is a young genre, for which rules are yet to be defined.

Act! Cut! Play! succeeded in having us explore and question our general approach to fashion film. Rather than films about fashion, adverts or a series of striking visuals, we have seen what can be achie - ved by approaching fashion film as the union of several creative disciplines. This fresh perspective should be used as a stepping stone to explore this genre through other creatives fields, such as music, dance, illustration or architecture. By agreeing on a vision, and gaining a deeper understanding of each other’s as well as our own expertise, fashion film has the potential to become an excellent tool for the creative industries looking to innovate with video content in the digital era.