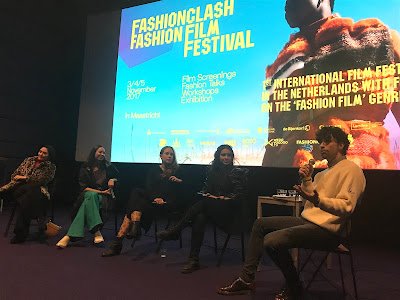 FFFF was the first international film festival in the Netherlands dedicated to fashion film.
The 3-day program contained screenings with a selection of more than 60 short fashion films from all over the world. The program kicked off with several avant premieres at de Bijenkorf, followed by the screening of the ‘We Margiela’ documentary. On Saturday, there were inspiring workshops by Canon and Pascal Baillien, various screenings and award ceremony at Lumière Cinema. In addition, an exhibition was presented in cooperation with AKATAK Studio.

FFFF showcased both emerging and established international filmmakers and designers who experiment with the genre. The program contained several premiere screenings such as ‘Kill Your Darlings’ by Maarten van Mulken and Pascal Baillien, Dance a Measure by Studio Selvedge & Project Sally Maastricht and MARTAN by Daan Groot and Martan. Being the first fashion film festival in the Netherlands, there was a special focus on Dutch fashion films.

By organizing this festival, FASHIONCLASH concluded that this genre is rather unknown in the Netherlands, not only to the broad audience but also to the professionals. There is so much to be gained. Projects like the Act! Cut! Play, workshops and meetings around the genre are very important to share knowledge and especially to stimulate new collaborations. The film as a medium lends itself very well to interdisciplinary collaborations, and considering the fact that there are many high-profile academies in the Netherlands the potential is there for grabs. 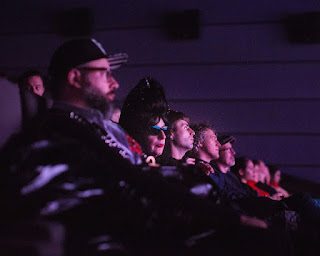 During the festival Amsterdam Fashion Tv live streamed interviews with speakers, participants and jury. A selection of short interviews and reflections can be seen here: youtube.com/user/Amsterdamfashiontv/videos

The level of the selection is high, a very varied selection from documentary style movies to much more visual feasts; sometimes narrative based, sometimes purely visual. What makes this festival special is the blend between conceptual relevance and the fact that it is very international. The openness of the festival is something that FC started in the first place. It is inclusive to people from different backgrounds and a platform for young talents. The film festival is an extension of what FC stands for.' - Philippe Pourhashemi.

The intimate structure of the festival seemed an ideal format for interaction between the public, professionals and participants. In addition to the screenings there was room to talk about the films, but it was noticeable that the 'genre' was mainly discussed. The members of the audience (professionals and general audience) where engaging in the conversations such as What is a fashion film? What are the possibilities of the fashion film? The composition of the film showed how unthinkable many possibilities the genre encompasses. Between the conversations with the audience we concluded huge interest in the medium, in particular young designers and theatre makers seem willing and ready to take on. The challenge is, how do you start a fashion film project? In that matter, making a fashion film is not very much different from making a film in general. As a platform, we felt the importance to provide the stage for 'fashion film' in the Netherlands. Already the questions was asked when the next edition will take place? 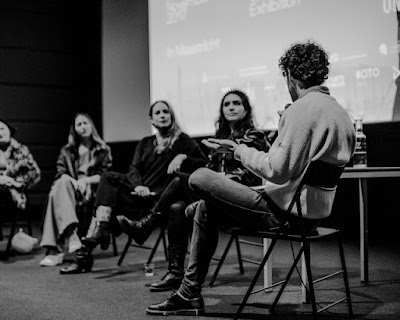 Specifically, the program consisted of two Fashion Talks, both moderated by Niccolo Montanari, an international expert in the field of fashion film. Niccolo travels around the world and visits fashion film festival, advises filmmakers and brands. Both talks were accessible to a wide audience.

One of the highlights of the festival was the State of Fashion Film Talk . An inspiring discussion on the state of the fashion film, experiences and future speculations. The speakers of the panel where Kathryn Ferguson (film maker, director), Marie Schuller (film maker, photographer), Raquel Couceiro (head of fashion film Showstudio), Ditte Marie Lund (director Copenhagen Fashion Film Festival).

It was striking that the conclusion was unanimous that the genre can not be captured in a definition and a specific format and that this fact makes the genre so interesting and attractive. The technological developments of the internet, digitalisation of fashion and the development of the film industry go hand in hand with developments in fashion. The fashion film is the perfect genre to give shape to these developments.
'It is exiting time for film directors, a selection of which we have seen at FFFF, we see especially that the young European fashion film that is pushing the genre. Lot of fashion films are copying the format, I am looking for ways to push the boundaries.' - Marie Schuller

'As the internet changes, fashion film will change. New techologies will play a large part and the genre is changing rapidly alongside the technological developments.' - Kathryn Ferguson

'In addition to the screening there were interesting panels. I especially enjoyed the panel moderated by Niccolo Montanari with Kathryn Ferguson, Ditte Mariel, Marie Schuller, Raquel Couceiro on the state of fashion film and how you define a fashion film, in the end…you don’t. - Diane Pernet


Niccolo Montanari also modertated the Act! Cut! Play! Screening and talk.
Act! Cut! Play! is an interdisciplinary talent development project with the ambition to lift the quality of fashion films to a higher level. Four teams existing of a designer, theatre maker, and filmmaker were challenged to work together to investigate the possibilities and boundaries of their disciplines and the provided ‘format’ of the fashion film.

'This was a great first edition, a great beginning. The genre has developed over the last 5 to 10 years. FASHIONCLASH has given the genre its own and unique spin.'- Niccolò Montanari 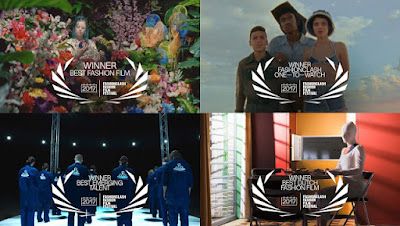