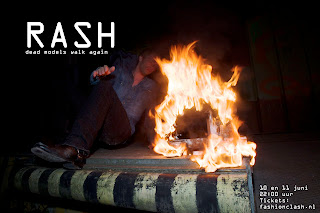 What is your name? Karel van Laere
Where did you study and when did you graduate? I am currently in my 3rd year of Theatrical Performance at the theatre school in Maastricht and will graduate next year.
What inspires you as a theater maker/performer? The New Media is always a huge inspiration. Its endless possibilities.
Who is your favorite artist? Why? Hussein Chalayan is one of my favorite fashion artists. In my opinion he thinks more like a performer than like a fashion designer. Plus his shows can definitely be considered performances. I also love the way he uses the new media in his designs.
Another artist who inspires me is the sound artist: Alva Noto. His sounds and videos are mostly based on things that could go wrong in a computer. 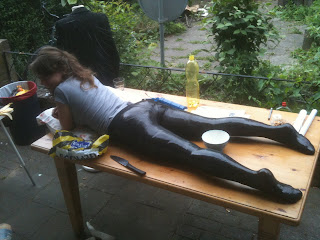 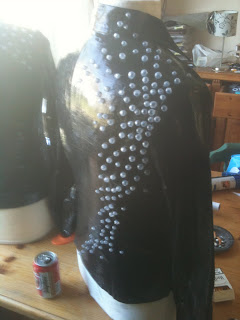 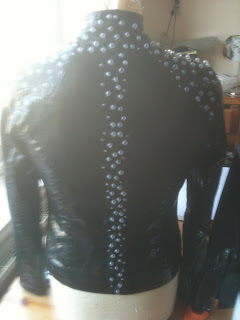 ﻿What will you bring to FASHIONCLASH Maastricht 2011? I will bring a performance surrounding my own fashion line. Seven beautiful people from my school will show my designs on the FASHIONCLASH catwalk.
The focus for me will be on the way I show my pieces. In 2010 I made a fashion show 'peak Oil' which was still a bit too much fashion and not enough performance. This year will be both! Last year when I visited FASHIONCLASH Maastricht I thought all the shows were too smooth. I would like to make my show more raw than the others.
Why fashion? Why theater and fashion together? A fashion show has a different audience than a normal theater audience, that inspires me. I started to get interested in fashion because of my uncle, 'Carel van Laere'. Because of him I started designing my own clothes. I got accepted at the Maastricht Theater Academy and began making costumes for performances and theater.
In 2009 I made costumes for the opera 'Kepler' by Philip Glass and in 2011 for the opera 'Rage D'amour' by Rob Zuidam. Both of these operas were directed by Peter Missotten.
In Maastricht I started to combine my performances and my designing skills.
What do you expect from FASHIONCLASH Maastricht 2011? Lots of beautiful models in fresh designs.
What are your goals concerning your career? Where do you see yourself in the future? After the theatre school I want to continue studying and focuse on the new media.
Edited by Natalia Serwanska