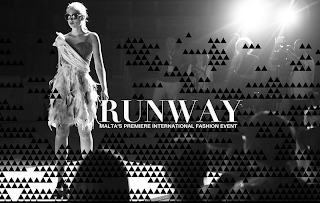 Following the very successful Autumn/Winter 2011 edition, Runway Malta is back in full force for the spring/summer season. Showcasing a collection of designers from all over the world, the event is a collaboration of fashion, art, design and a launch-pad for new local designers wanting to make it abroad.


FASHIONCLASH continues to work together with SO Management and will attend Runway Malta again. This time for the brand new Designer Competition! http://www.runwaymalta.com/#!designer-competition


Runway Malta hand in hand with Valletta 2018 have put together a New Designer´s Competition to entice young designers. Valletta 2018 is a project to enrich Malta´s cultural activities and enhance the many areas of art within the Maltese community. Becoming a candidate for the European Capital of Culture for 2018 has opened the door to Valletta´s cultural hub and has allowed for artistic relationships to be built between Malta and other European cities. 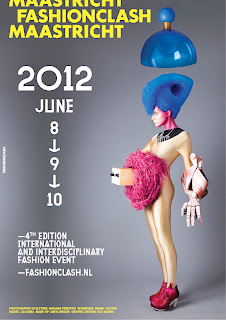 Because of this, V18 and Runway Malta came up with a fantastic way to team up with another candidate city – Maastricht in the Netherlands –  (Maastricht VIA2018) to give a Maltese designer an opportunity to show at the inaugural FASHIONCLASH Maastricht Festival held in June. Applications are open to any new designer in Malta to come up with three outfits using any material they like. It does not have to be traditional fashion, but can incorporate metals, textiles, plastic or any other material to create a form of wearable art. From all of the applications received, the judges will then pick five finalists to show on the catwalk at Runway Malta. Then one winner is decided and they will go on an all-expense paid trip to show their full collection at FASHIONCLASH Maastricht in June 2012.


¨FASHIONCLASH has been going for three years now. We have always incorporated fashion, art and textile design into our shows and opened it up to artists from all around the world. We have never had an application from a Maltese designer before and we can´t wait to see what kind of young talented treasure we will find through this initiative.¨ Says one of the three FASHIONCLASH Maastricht organisers, Nawie Kuiper.

This project, alongside many others, is very important to the Valletta 2018 organisation. By partnering up art, culture and location, the projects are sure to put Malta at the forefront of cultural awareness in Europe, therefore making both Valletta and Malta great candidates for the European Capital of Culture in 2018!

¨The Valletta 2018 Foundation is very happy to be collaborating on this fashion programme which enables an exciting exchange of ideas to take place between Malta and the Netherlands, both of which are hosting the candidate cities for the title of European Capital of Culture in 2018. We look forward to this being a success and establishing this type of shared project over the long term to make of it a sustainable means of collaboration.¨ Says Karsten Xuereb of V18.
Gepost door FASHIONCLASH op 15:39