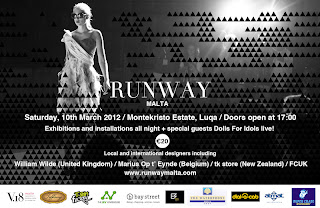 RUNWAY MALTA S/S 2012
Following the very successful Autumn/Winter 2011 edition, Runway Malta is back in full force for the spring/summer season. Showcasing a collection of designers from all over the world, the event is a collaboration of fashion, art, design and a launch-pad for new local designers wanting to make it abroad.
Set to a backdrop of traditional Maltese landscape at Montekirsto Estate, Runway Malta is the only full night international fashion event on the island.

“Last season was kind of a trial, so to speak. We didn’t know how the venue was going to work and weren’t sure about the layout of things. And we weren´t even sure the public would be into an entire day/night of shows like abroad, so it was all a bit of guessing going on. However, after getting the feedback and realising what we can achieve, we have not stopped at anything to bring the very best this time around.” Says organiser, Shideh Olafsson.

William Wilde
The grand master of latex and rubber, high end designer William Wilde from the UK (yes, the one who designed Rihanna’s S&M Video outfits) will be showing as the big finale at the end of the night. His collections are not only controversial, but have a great sense of rock n roll and femininity to them as well. His other accolades have included designing for Daisy Lowe, Paloma Faith and Tori Amos! http://williamwilde.com

TK store
The second international designer is from far away and making a special trip to Malta specifically for this season´s Runway. New Zealand designer, Turet Knuerfermann (tk store) has been at the top of the industry for years. Mention her name in New Zealand or Australia and people instantly think of high-end design, luxurious fabrics and one of the most successful young designers to ever come out of that part of the world. http://www.tk.net.nz

Marius Op t´ Eynde.
He is young but has a host of awards under his belt from the Netherlands and Belgium. Not only that, but he has just completed an internship at Alexander McQueen which taught him the most important fundamentals of extraordinary fashion design. http://www.mariusopteynde.com/

FCUK
Alongside these very talented independent designers will also be world high-end high-street heavyweight, French Connection UK. French Connection has always had a reputation of being young and fresh and always appealing to the new generation of fashionistas. For this reason, it is important to showcase them next to the more alternative labels. http://www.frenchconnection.com 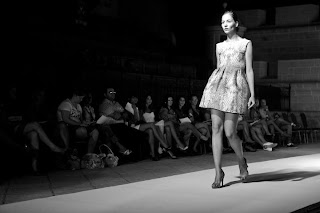 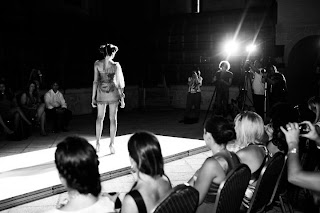 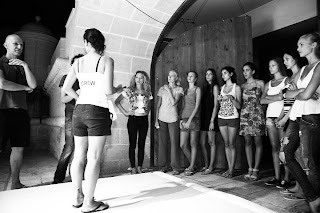 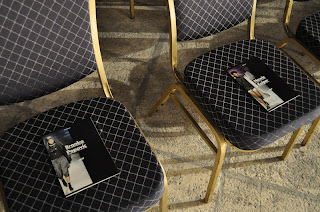 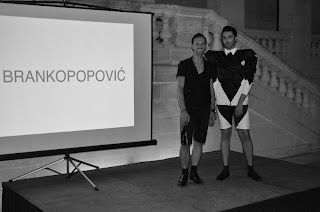 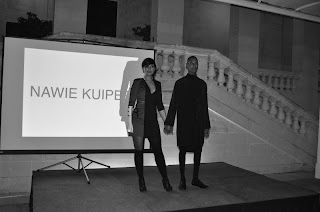 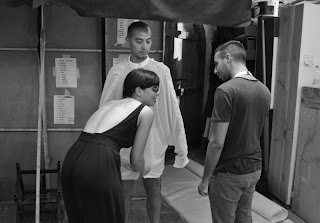