Highlights from ModaLisboa SS2017 Together

The 47th edition of ModaLisboa - Lisboa Fashion Week happend in the second weekend of October. Composed around the theme of 'Together' the edition is also a celebration of 25 years of ModaLisboa.

Still after 25 years ModaLisboa proceeds their search for new talent through Sangue Novo (New Blood) platform. 10 designers where selected to show their collection, among them the Berlin based Hermione Flynn who was selected at FASHIONCLASH Festival 2016.

Like previous editions Sangue Novo provides awards for future support of the promising talent. Ana Duarte received the LAB award, which means that for the next edition she will get a bigger stage for her 'Duarte' label. Designer João Barriga won the Domus Academy prize that includes an eight week workshop and 500o euro scholarship awarded by Vulcano, the official sponsor of ModaLisboa. The winner of 'FASHIONCLASH Festival' is João Oliveira who impressed with his collection 'Effeuiller' in which he plays with the relationship between sportswear aesthetics and the sportswear practicalability. This edition contained many fresh names as well few designers who already presented at Sangue Novo such as Carolina Machado who showed progress and maturity. Micaela Sapinho made her appearance with a statement collection about the role of women in the society. Other designers in the show where Daniela Ciolan, Sofiya Malichenko, Catia Moreira, Inês Silva and M HKA. 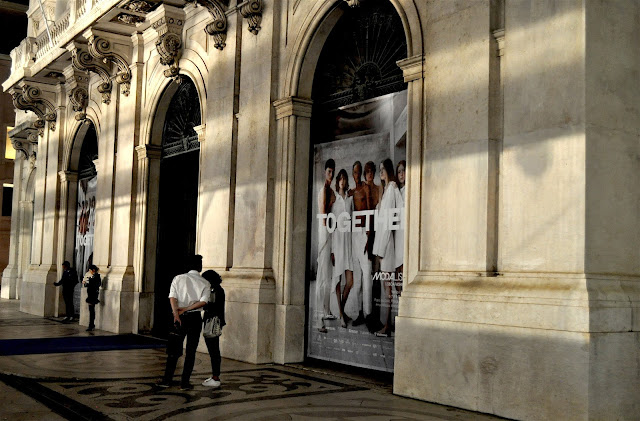 Other new generation designers at ModaLisboa where Olga Noronha, Catarina Oliveira, Ricardo Andrez, Away to Mars and Patrick De Pádua  who presented his new collection. In March this year he won this opportunity to develop his brand further. The collection 'Fado' (fado, meaning 'fate' in latin) inspired by Portuguese fado and hip hop balances the sportswear with traditional menswear sihouette. He imagines hip hop as a new fate for fado. He effortlessly clashes tradtion and future proving he is able to work out a complete collection that is both innovative and commercially vital.
Patrick won participation for FASHIONCLASH Festival in 2015 and he won the Kaltblut Magazine Award 2015.

Take a look at some behind the scenes and impressions. 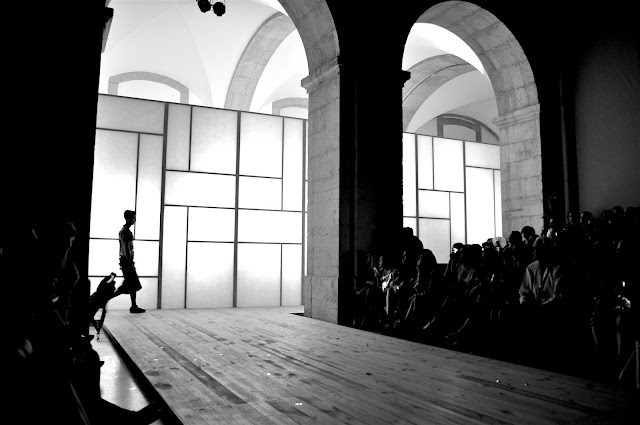