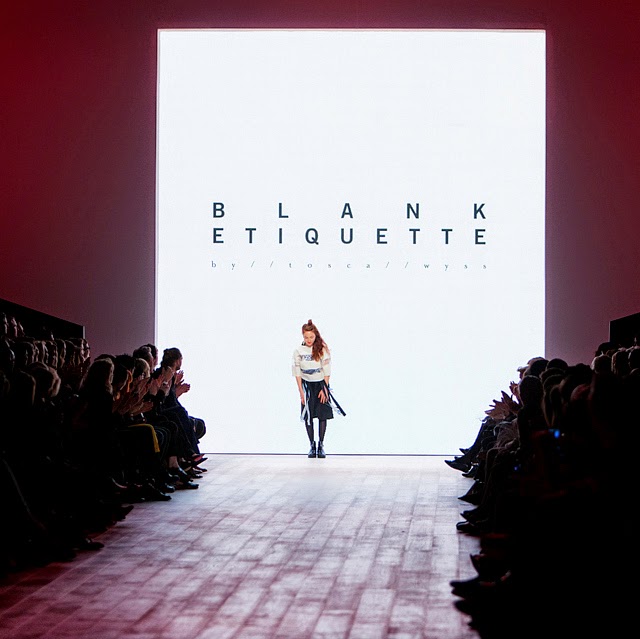 Meet Tosca Wyss - Berlin based designer who stands behind the ‘BLANK ETIQUETTE’ . She was born and raised in Switzerland, but she did her Master degree in Fashion Design at the University of Art and Design Weissensee in Berlin. She will present her new collection in the fashion show program of FASHIONCLASH Festival, and in the market section you will be able to meet her and buy her designs. Furthermore she is also taking part at the accompanying Side Program showcase "Designer in Store" - at the MAYFAIR shop in Maastricht.


Finding your own voice is difficult, where and how do you find your personal creativity (before you start designing; during the design process)?
I am inspired from life, that can be everything, nature, music, cities, traveling, people wether I like them or sometimes also from people I don`t understand. My problem is not to find inspiration, but to organize them in my mind and then it`s the challenge to transmit this diversity in a own homogen language, that can be understood by the audience.

"I would describe my style as versatile and surprising, I`m not a Label, where you can see a constant style, that is really recognizable. You can maybe more find a unity out of a variety in my collections.  Many influences melt together in a own homogeny style, so my garments can maybe be understood as a collage."

What was the most important thing your parents taught you, that you now bring into your work?
Being honest and being true to yourself and your audience. My parents are great ideals for me, because they live their life in their own way, apart from social convections. I really appreciate the freedom I learned from them, they always let me be, who I thought I was. I had no borders in that case, but always a honest mirror. Having the freedom to grow up without any pressure in the way who I have to be or what you have to do to fit in social norms, gave me the freedom to do what I love now. Fashion was not at all in our family, but for the mentioned reasons, it was fine to study fashion, even if my mum sometimes does not really understand the fashion world, it`s fine, I do neither, and that`s what`s making me going on and on….

Are you a people's person or a loner?
I`m both, I do need many people around me as well as I need time for myself.

What do you strive for in your work?
Touch people, make them asking questions, and in the best case I want to dress them to express their personality.

What are the key factors in your design?
Aesthetic and functional details, surprising pattern lines, material - mixture and last but not least an elaborated fit.


What makes your items different from others (What is your designing philosophy)?
I think it`s the diversity, that comes to my work so intuitively and my own personal style to bring it to a homogen output.

Fashion needs to progress year in year out, how do you keep innovating?
I`m designing very intuitive, that`s how my collections appears pretty different every season. Innovation for me is currently more in changing the consumers behaviour into a sustainable way. My goal is to create surprising long lasting pieces that dress the wearer in a personal way. 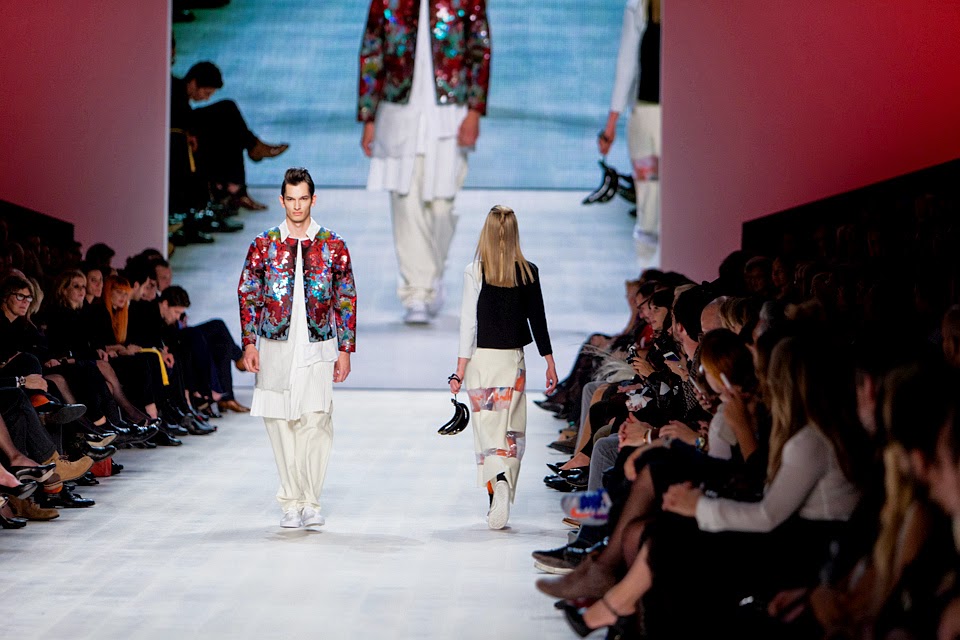 What are your views on gender categorization in fashion ? (as in differentiating between male/female collections, is this necessary ?)
I don`t see the point at all. For me fashion is an expression of a personality, apart from gender categorization, that doesn`t make sense at all.

Do you believe the western binary gender system (male/female) will eventually disappear?
I really do hope so, then that would give many designers the opportunity to create both, men and women collections, without going to fairs four times a year. But I already feel that there is something changing out there. Many showrooms are already showcasing both, men and women, and really wish that we could take men and women fashion week together, that would make it so much easier not only for the designers but also for buyers.

What are your thoughts on the idea that unisex is the new androgynous in fashion ?
To be honest I don`t really go for that unisex idea. I love to wear men garments and I also don`t have any problems when men are wearing women garments. But in fashion I love the idea that we have the freedom to create a story about the society we`re living in. Therefor I think it is important to separate between men and women, because we do have different bodies as well as different minds, in my opinion. I don`t want to say that men have to wear only male garments and women only feminine styles, but to dress personal, we do need the separations between the two gender, to have the opportunity to mix it individuality again. Imagine a world with only one style for both men and women. Everybody would look so similar, that would be pretty boring, no?

Why have you decided to participate at Fashionclash ?
I really like the way how Fashionclash supports young designers in a contemporary way. I also like the concept of Show, Exhibition and Market in one festival together, I don`t know about any other fashion event who is doing that. Further I heard from recent exhibitors, that it is a great opportunity to connect to people in many ways. 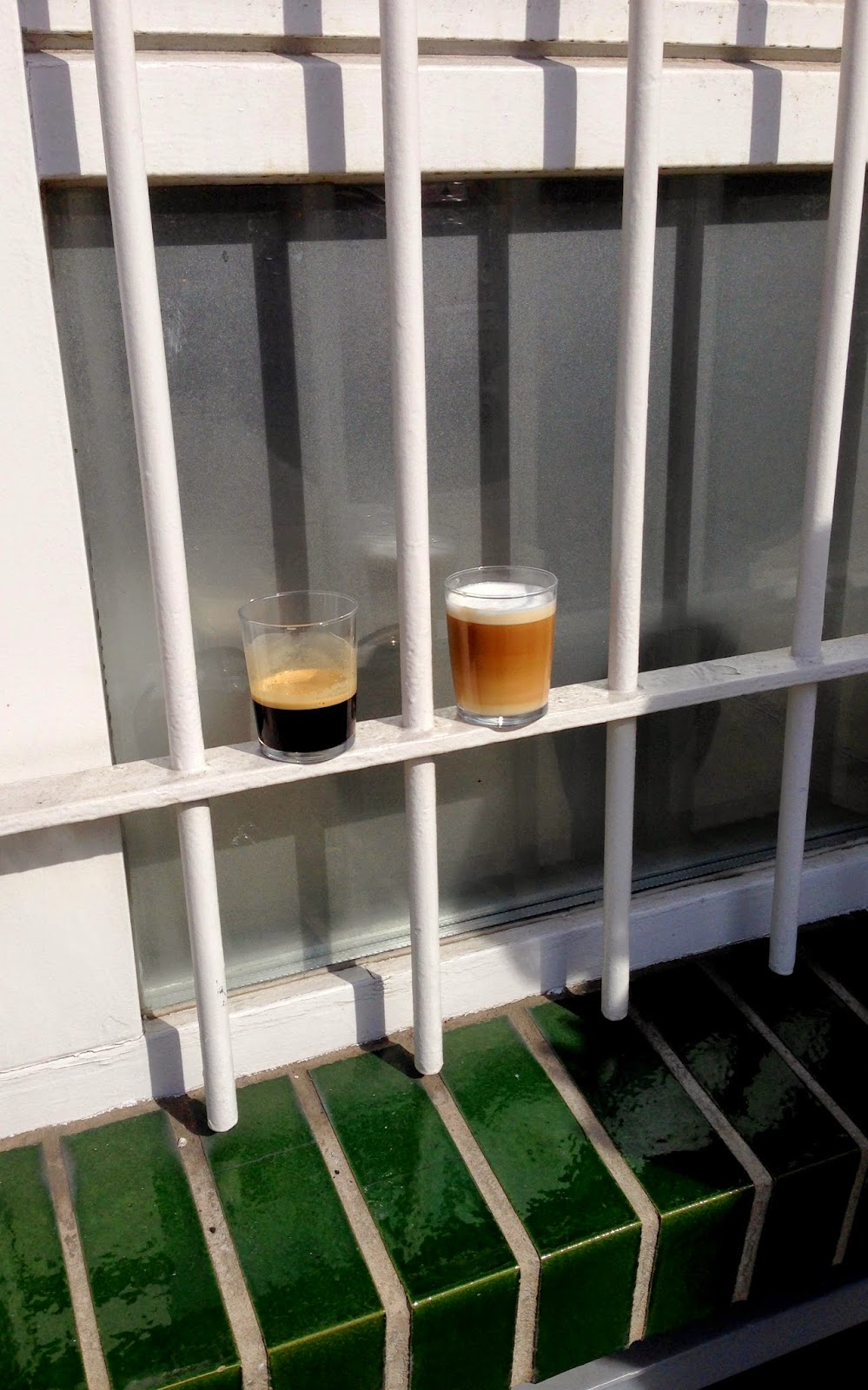 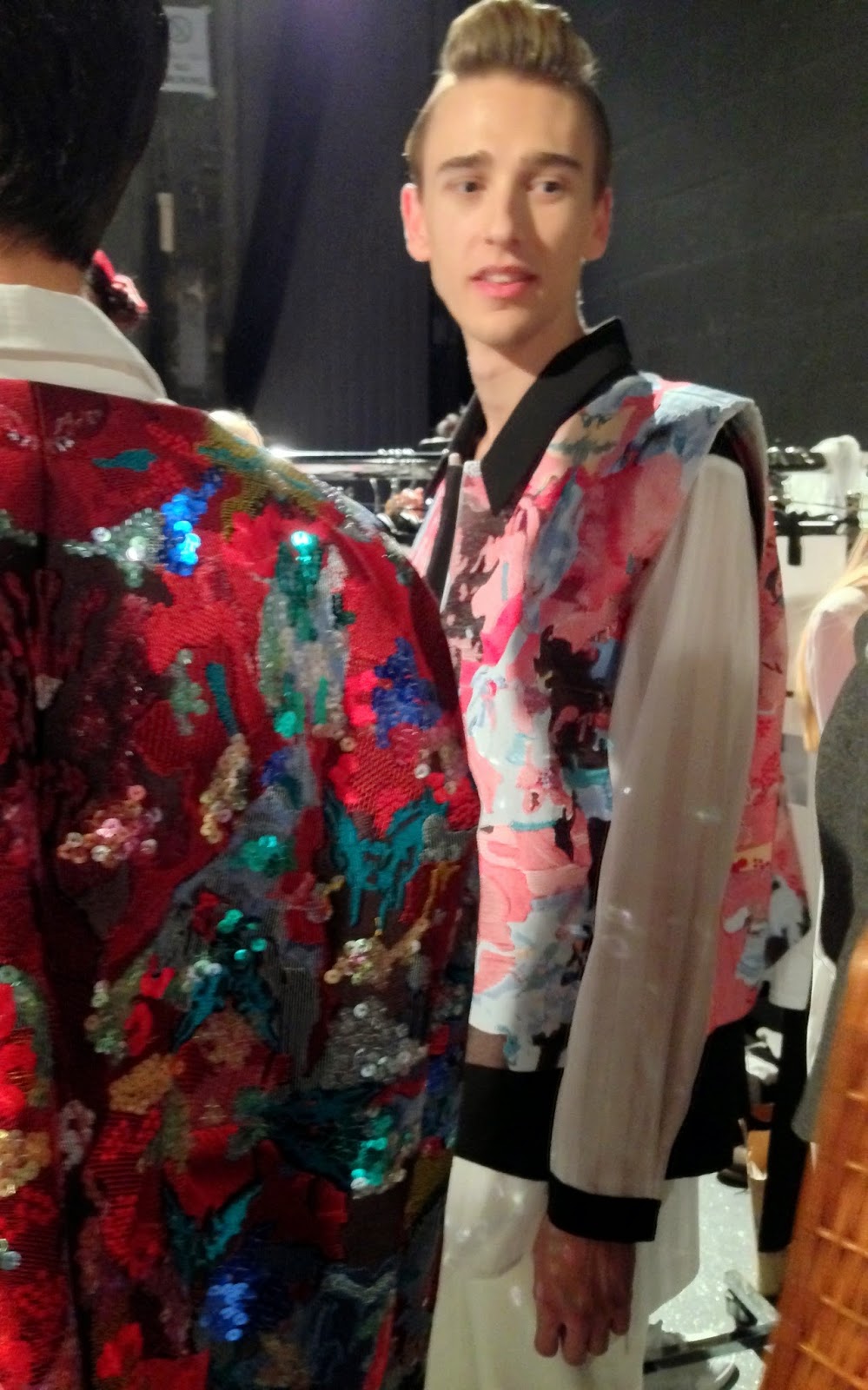