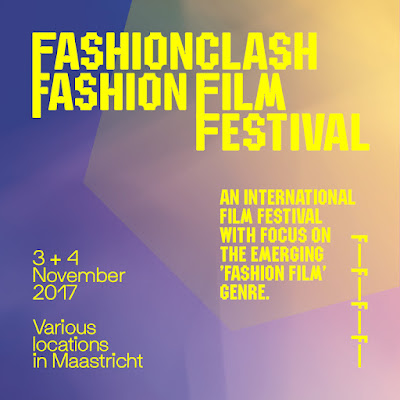 FFFF is the first international film festival in the Netherlands that is focussing on the ‘fashion film’ genre. The program consists of short fashion film screenings, masterclasses, workshops, cross-over performances, installations and fashion talks.
FFFF Festival aims to offer a stage to emerging and filmmakers and designers who experiment with the genre and is also a platform for debate about The State of The Art of this rising film genre. The program consists of a curated selection of the relevant fashion films from the past few years and new films. The festival curatorial special focus themes are Dutch Fashion Film and Fashion Makes Sense (films that matter). Furthermore on program is the Act! Cut! Play! project screening and recap talk.
FFFF is accessible festival for everyone and a unique opportunity to get inspired by the world of fashion, discover new fashion and film talents and to enjoy the city of Maastricht. Festival program is accessible via ticket sale and partly for free. The festival program will take place at various locations in Maastricht, including venues such as Lumière Cinema, de Bijenkorf and Thiessen Wijnkoopers.

OPEN CALL FOR SUBMISSIONS FOR FFFF 2017

FASHIONCLASH invites all emerging and established filmmakers, designers and brands to submit their work via the Open Call. By entering the FFFF you have a chance to be selected for one of the official program screenings and also to be shortlisted for the FFFF Awards.
FFFF contains an award ceremony where several prizes will be announced by the appointed jury.
– Best Fashion Film: €1.500,00
– Best International Emerging Talent: € 500,00
– Best National Emerging Talent: Canon camera awarded by Canon Netherlands

You want to submit your film/films?
All films must be submitted online via FilmFreeway only. Find out the conditions and application: FASHIONCLASHFashionFilmFestival