On the 12th of June, the pop-up stores located in the Mosae Forum will open their doors for the FASHIONCLASH Festival Side-Program. The three designers participating in the FEE Academy, Jet Teunis, Mirte Engelhard and Ine de Haes will be presenting their work. Lucky for you, you will be able to purchase it! 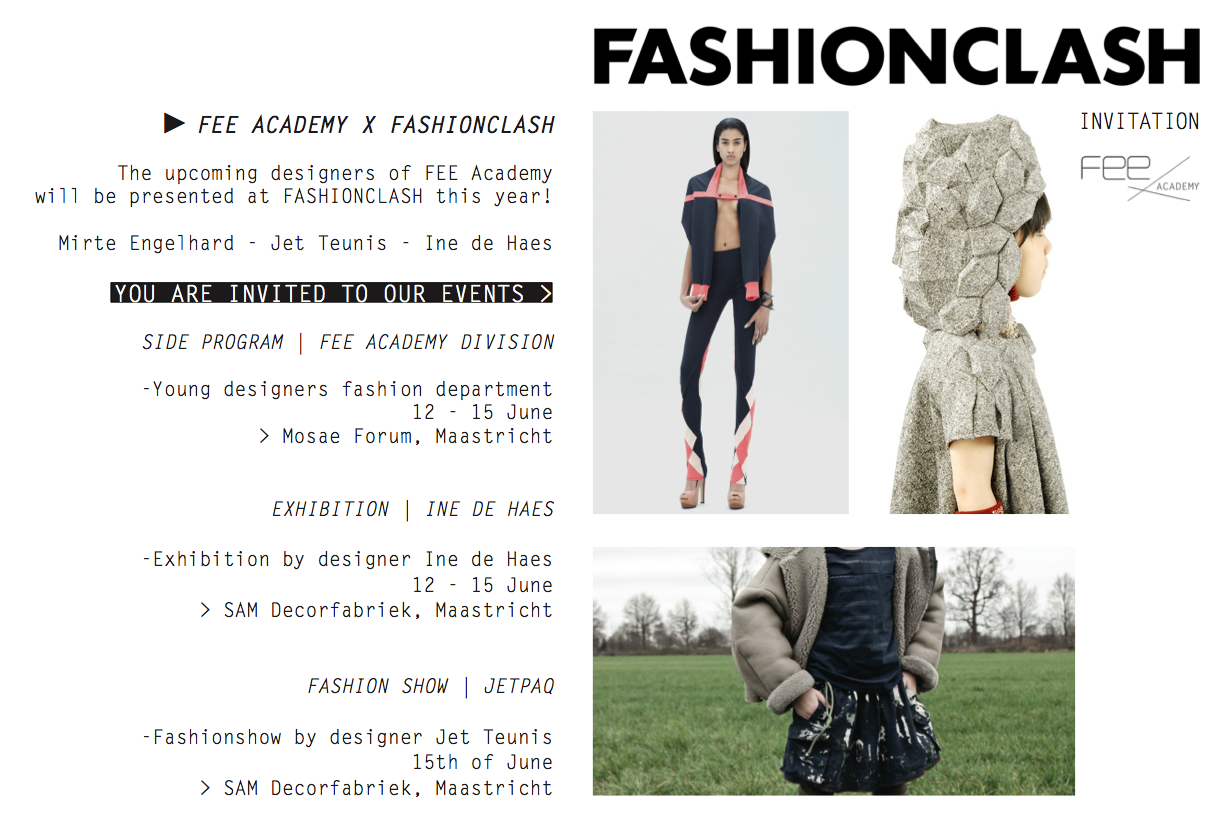 At the beginning of the year, FEE, together with F&YOU launched a new project aimed at helping young talents on their way to success. For some years already, the FEE Concept Store + Café focuses on the discovery of talent and functions as an [online] platform for young designers. Under the name FEE Academy, FEE is directed towards helping young designers in their creative entrepreneurship.


Out of 8 designers, the jury panel of the FEE Academy chose 3 designers to participate in their project. The lucky ones were Jet Teunis and her label Jetpaq, Mirte Engelhard and Ine de Haes. Next to a coaching program, they got the opportunity to sell their creations in the FEE Concept Store and in various other locations. We are more than happy to have them participating in the FASHIONCLASH Side-Program.

Curious about the FEE Academy winners? Come and visit the FEE pop-up store at the Mosae Forum from the 12th until the 15th of June.
Gepost door FASHIONCLASH op 07:39