From the 14th until the 18th of May FASHIONCLASH found itself in the historic centre of fashion design and textile manufacturing. Venice and its surrounding area is famous around the globe for its garment expertise and tailoring knowledge. It has enjoyed this contemporary distinction since its heyday and is still prominently visible. Even though production units of large capitalistic conglomerates have moved to countries harbouring cheaper labour in order to maximise profit. A process which has forced these authentic, artisan companies into decline. They still maintain their work ethic and philosophy under harsh economic circumstances. Withstanding the urge to fold and take advantage of the current situation to legitimize a relinquishment or abandonment of personal values is in our opinion remarkable indeed.
Fiera di Vincenza in collaboration with NJAL tried to fan the flames and pioneer in trying to stimulate international partnerships spawning mutual benefits. Italian fashion production and manufacturing businesses were buoyed by the opportunity to meet a fresh, progressive generation. Lively young designers were in turn awed by the potential to strike fruitful business affiliations. 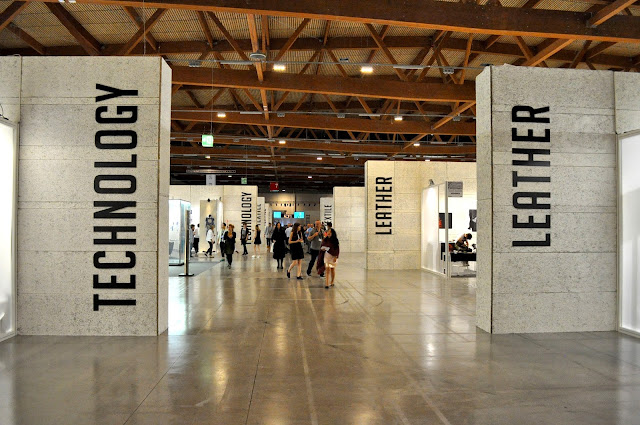 With the current economic climate moving towards 'Slow Fashion', NJAL brought together a hundred young designers who all share a passion. A passion in design. A passion that structures their reality and symbolizes the charismatic, energetic aura that defines them. The chosen designers were active in all disciplines ranging from stone to textile and beyond. From NJAL's perspective these designers represent the new creative generation. A generation which has subversive and transgressive potential. A generation which, when forming a collective, can undermine the hegemony of large fashion corporates and make their voice heard above all the obscuring noise. However this notion doesn't imply that these conglomerates will cease to exist. It merely intensifies the influence of the visionary youthful. NJAL's aspiration is to help these young, dynamic and inspirational designers to achieve their ambition. Find their feet and confirm their existence in the current cut-throat fashion world. An ambition which FASHIONCLASH shares but tries to realize using their own innovative interdisciplinary platform. In other words: we share the same dream but walk different paths. Where NJAL focusses on economic sustainability. FASHIONCLASH safeguards the artistic integrity each fashion designer, in the broadest sense of the word, has. Being able to showcase a collection based on conceptual inspiration without having to think about profit.
Origins itself was divided in several segments: Leather, Stone, Textile and Technology. Furthermore OPB invited 20 institutions such FASHIONCLASH, Fashion Forward Dubai, Belgrade Fashion Week Design Collective, Esmod Berlin, Worth Project, Doing Fashion and Maisons de Mode.
FASHIONCLASH met interesting and inspirational characters in each of these prodigious sections. We witnessed admirable design aesthetics, unbelievably revolutionary cloth and material choices, stunning embroideries, marvellous patterns and incredible sculpturing of form. We were fascinated by the perseverance and motivation these young designers embody. An embodiment that articulates itself in their fascinating designs.
One could ask oneself the question why FASHIONCLASH as autonomous organisation focussing on fashion as art had any reason to be at Origins. I will therefore end this article by clarifying our impetus and incentive. First of all we wanted to create more brand-awareness about FASHIONCLASH Festival as a brand. A cultural brand which epitomizes an interdisciplinary and international platform that showcases future artistic design talent, whether their collections are wearable or not. We believe fashion can change society. Not only serve as a reflection of cultural norms or solely exists to stimulate consumption. We therefore want to help and incentivize young designers to aid this transformation by creating artefactual fashion. Next to that we also realize that fashion is inextricably linked with economy. In order to survive, one has to sell. To achieve this our platform also hosts a market and a 'Meet the Industry' project. This brings us to our second aim. At Origins we met some very interesting potential collaborative partners that we believe can not only help us to achieve our dream but are also well placed to help the young designers we curated to achieve theirs.
Ultimately, FASHIONCLASH at Origins was a joyous occasion. A weekend in which we had the chance to meet enthousiastic designers and which inspired us to keep doing what we're doing. Broadening our horizons and enriching our knowledge of what is needed to become even more constructive for young designers and for fashion in general.

Among Origins – Passion and Belief 2015 we met several FASHIONCLASH designers and some of them competed at the Mittelmoda The Fashion Award 2015 that was held under the same roof of Fiera di Vincenza. Flora Miranda won the OPB Technology prize and Peter Movrin won one of the main awards. One of the finalists was the Swiss designer Rafael Kouto, one of the FASHIONCLASH Festival 2015 designers.

Impressions from Origins – Passion and Belief 2015. all images by FASHIONCLASH 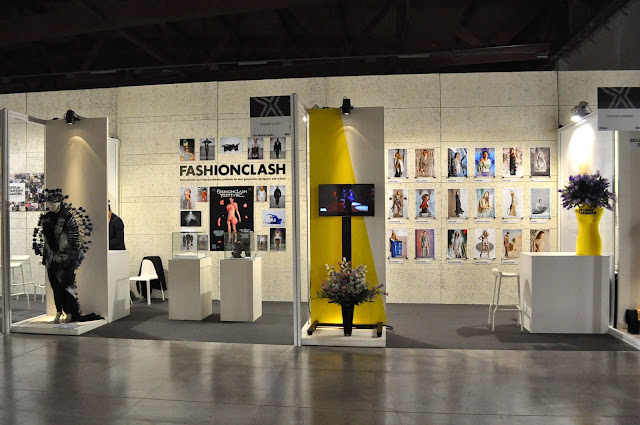 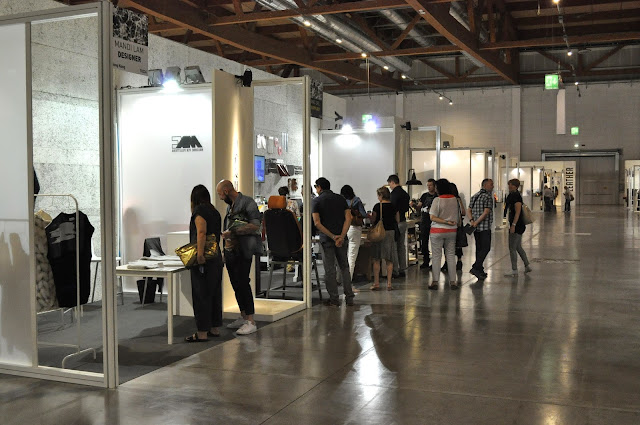 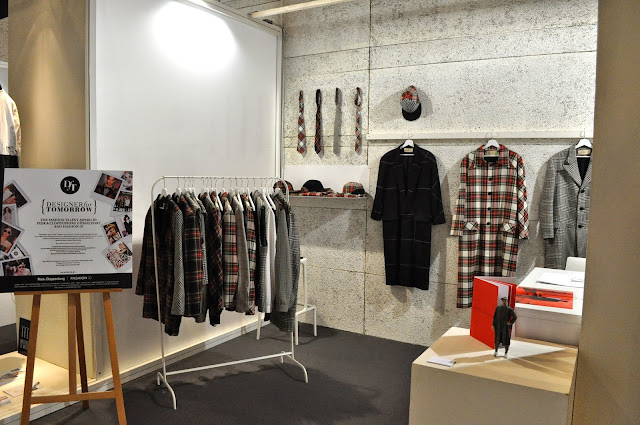 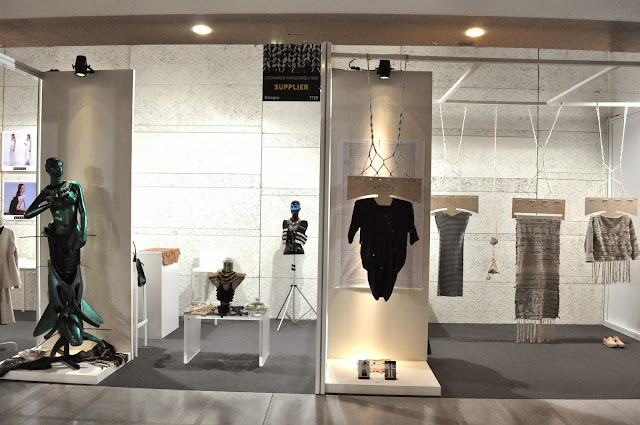 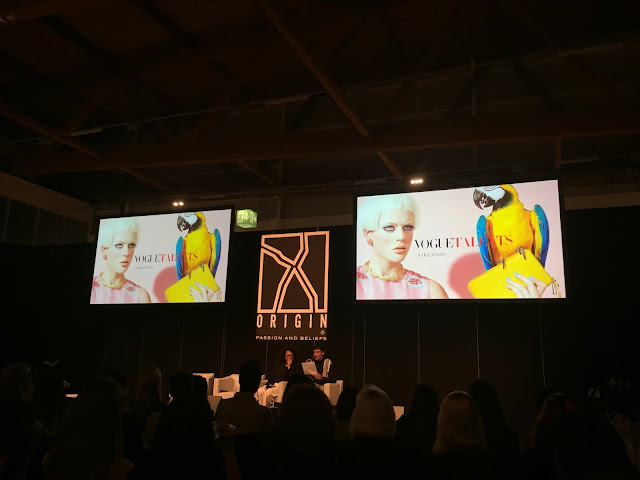 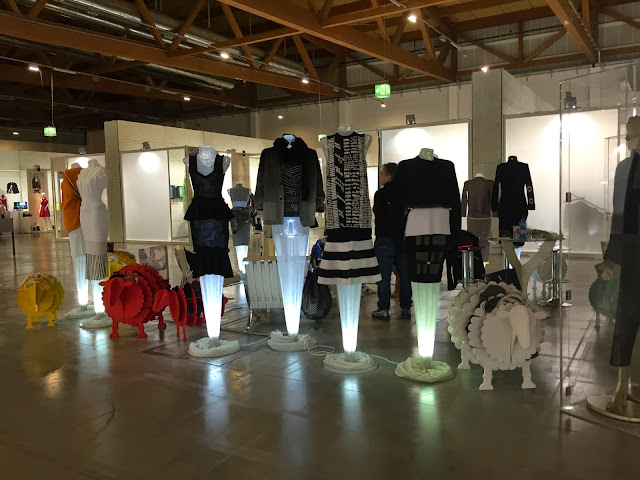 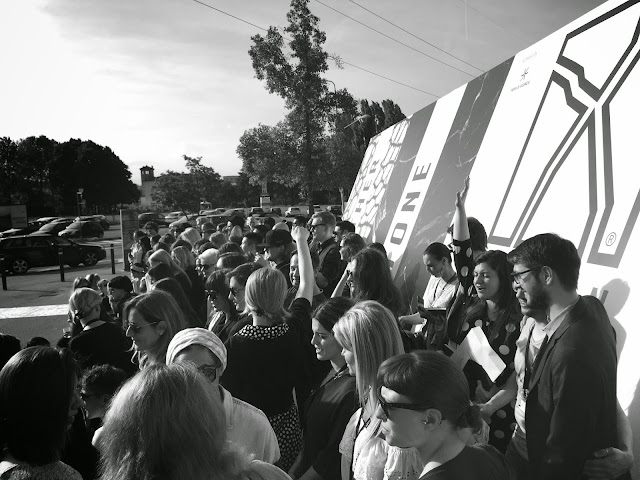 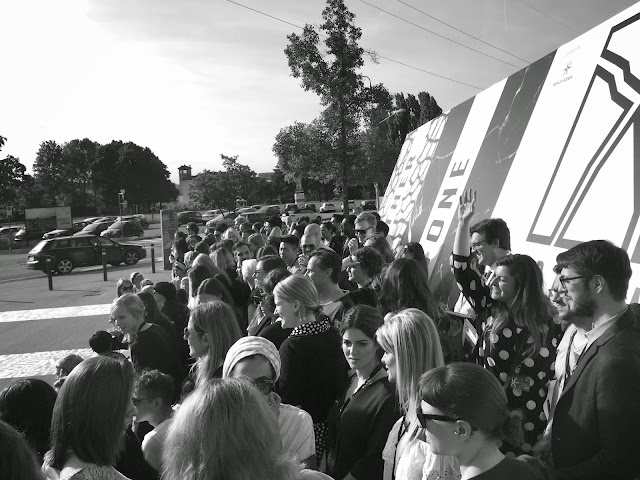 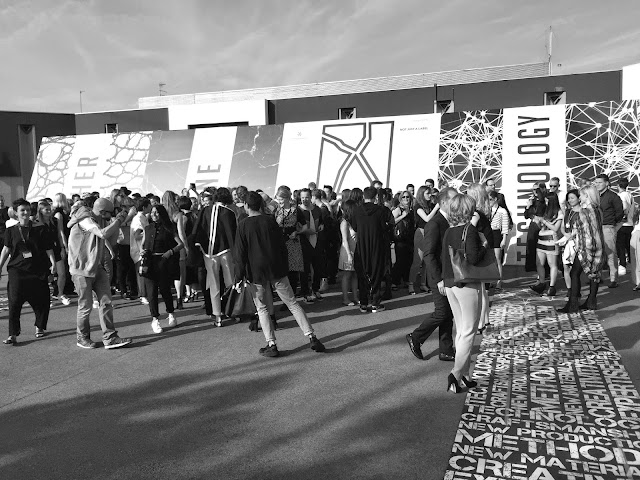 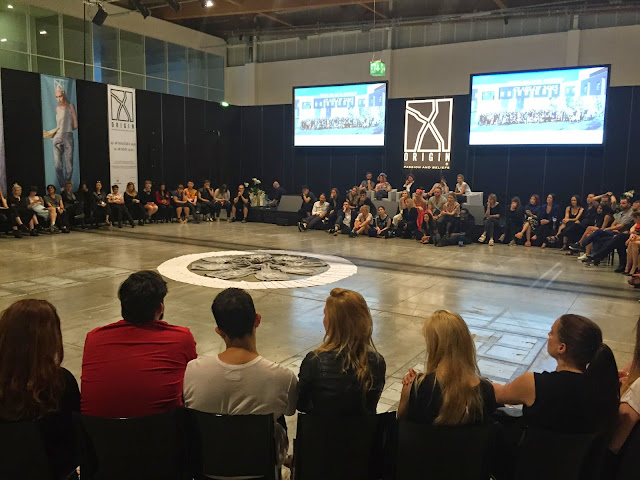