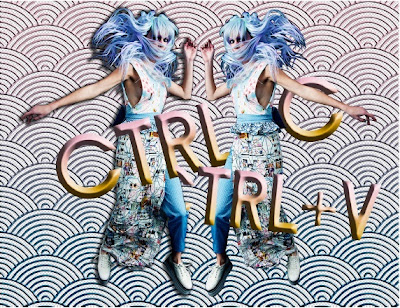 Please introduce yourself to our readers.
My name is Elke van Zuylen. I’m 26 years old, from the Netherlands and just graduated from ABK Maastricht. I'm a fashion designer with a graphic design background, which has given me a very conceptual way of thinking in designing clothes. There has to be a story you want to tell, otherwise you can't get people sucked into your designs.

Where are you based?
I’m based in Amsterdam.

What is it like to be a young designer in your city/country?
It needs much hard work and you really have to believe in yourself. But I'm just starting, so I can tell you more next year. 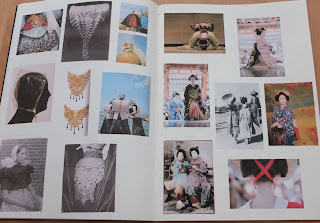 What inspires you in general?
What inspires me in general is initially JAPAN! I fell in love with this country 6 years ago. I started to listen to Japanese music, watch Japanese drama and even started to wear a little bit of Lolita, Decora and Visual kei fashion. Also the history of Japan is something really inspires me. Kimono's, Geisha's traditions, I really love them. But it didn't stop with Japan. 2-3 years back I started to listen to K-POP and watch Korean drama's and again I fell head over heels. So back to the question: history, street fashion, Asian cultures, K/J-POP music (indie/rock etc.) can inspire me in general. I like to mix everything up and create something new related to what is going on in the world.

What place/city do you find inspiring?
Tokyo and Kyoto! Tokyo is for the street fashion, the craziness, the weirdness and ‘old’ Kyoto for the geisha's, the beautiful temples and the green tea ice cream. 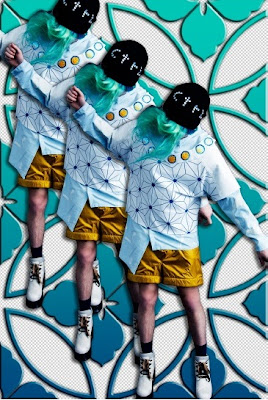 What is the concept behind your latest collection?
The concept is about turning my frustrations towards the system into a positive vibe. I wanted to create the imagery for a new (internet) subculture. People need to get up and let the government know that they are fed up with them. We mainly use the internet for putting out our frustrations, but we have to get back on the streets. That is what I want to create with my graduation collection. Coming together, having the same ideas or ideals, I create our own imagery and the life how we want to live! I've mixed two cultures together, Dutch Folklore and the Geisha culture from Japan, to make an interesting mix with colorful prints in a wearable collection for boys/men and girls/women.

Can you describe why you are angry and frustrated about the system in general and how you translated those feelings to fashion?
All there is to the world and most of the people living on it are to make money, it doesn't matter how they get it, it's only themselves they think about. People used to have some kind of solidarity to one and another, but that's almost completely gone. At least that is what I think. I want to design 'fashion' in a way to get some of that solidarity back, to create another world together. To create an environment through fashion where you can forget the negativism, and feel confident enough to believe there is another way and there are other people thinking the same thing. 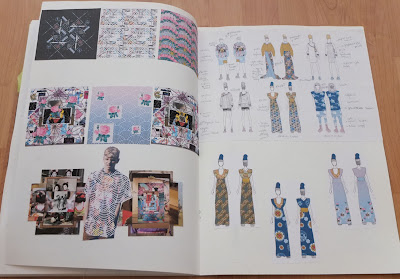 What kind of feeling do you want to transfer with your latest collection?
A feeling that is shown like a group of young people meeting, listing to music, talking about what they want to change and being alive.

Did you always want to work in the field of fashion?
Not always, when I was younger I was fond of drawing and using Photoshop - that was a hobby of mine - so I started a graphic design study. I really liked it but when I grew older I discovered that I wanted to do something different, so I made the decision to go for fashion design and not for graphic design. I wanted to have a bigger platform where I can reach a lot of people who have the same ideas about this world and to create that world through fashion with them.

Do you have a muse? If yes, who is it and why?
Yes I do, or it's more than being a huge fan. It's G-Dragon from BIGBANG, a Korean rapper/singer. I like his craziness, his boldness, his fashion style and his music. He is an inspiration for me because he has followed his dream and is working really hard and that is what I want to do as well. You should definitely watch his video 'Crayon'. It's crazy!

What is so far your greatest experience in your 'fashion' career?
Being a part of ‘FASHIONCLASH Maastricht 2013’ event, and of course my graduation are so far the great experience. 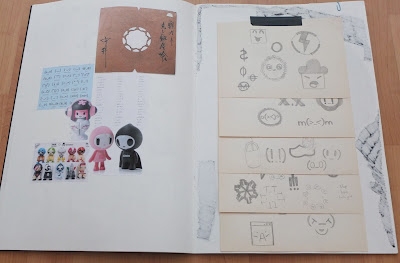 What made you smile today?
Watching the finale episode of Reply 1997, which is a Korean drama about a fan girl of the Korean band H.O.T living in the 90’s. It’s really fun to watch and also tamagochi is included.

What is the latest thing you bought for yourself?
BIGBANG deluxe DVD live in Tokyo Dome and the book ‘Blue is the new Black’.

What can we expect from you in the future?
That I will be working hard on becoming a really good designer! I'm starting to live life by the day, so who knows what will be in the future?