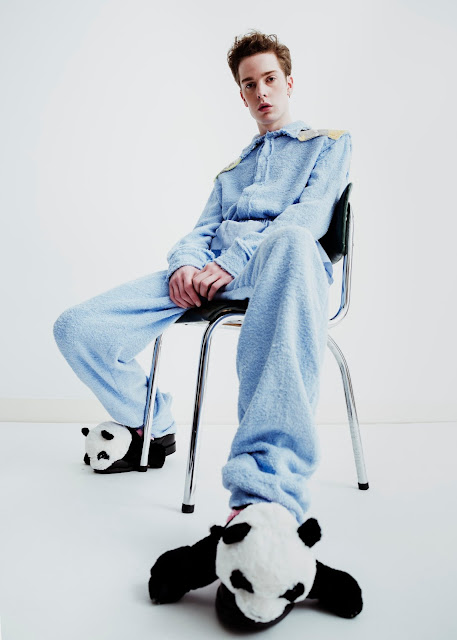 Belgian menswear designer Emilie
Thirion graduated with
honours in Fashion
Design from HELMo in Liège. She gained experiences during her internship at PANTHEONE in Paris. Her designs are handmade by herself, from the sketch until the the final product.

She will present her new collection 'Big Boy Lost in the big City Life' on Friday July 1 during FASHIONCLASH Festival. You can buy tickets here.

When did you realize you wanted to be a fashion designer? How long have you been designing clothing?
Very late actually, only a few days before I entered my fashion school. Before that, I enter an architecture and engineering school which I had prepared for and dreamt of since I was 6 years old. Finally I found out this wasn’t my life at all. I was looking for something more human, more creative, more authentic. I remember saying to myself “You have always wanted to be an architect-engineer and it’s a real disaster, why not trying something completely different and very surprising? Maybe that is the key to happiness : a spontaneous and adventurous life.” Two days after, I started my fashion courses, and it was the perfect match! Now it’s been 4 years since I started making fashion design, and it’s my life.

What are your main achievements in your career at this moment?
Simply having the audacity to stand out and begin it (my career).

In what projects are you involved at this moment?
The launch of my brand, the production of the collection “Big Boy Lost in the big City Life” (the one I will show during the festival) for a shop in Japan and the creation of the next one. I am also involved in a contest “Urban Craft” which the aim is to highlight the manual craft.

How would you define fashion?
A wearable emotion, a way to move people. Emotions are everywhere, they just need to be seen and felt, why not wearing it? 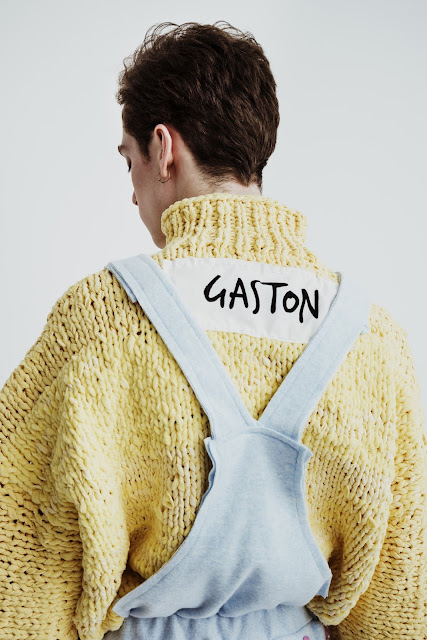 Who are your artistic influences or inspirations and why?
People, I dress people and I want to move people, it feels logical for me that they are my first inspiration. Some of them: Charles Bonnel (a Shoah’s prisoner), Ylva Falk, Dali, David Bowie, an homeless person in Praha, the boy in the movie “D’amore si vive” of Silvano Agosti, ….

Finding your own voice is difficult, where and how do you find your personal creativity (before you start designing; during the design process)?
Each collection is inspired by a person who moved me. During the design process I tried to find the more documentation as possible about her. As much as at a point I feel like I am her/his (like a first role actor before playing in a biopic), so that I kinda feel what I would wear if I was really her/his. It sounds so schizophrenic, haha

What challenges did you face during the design process?
Trying to kept my own personality while I am so obsessed with the one of the people inspiring my collections. But I guess I succeed, I am the creative vector so my personality surely goes with it and influences it.

What do you want to communicate with your designs in general?
A story reporting the humanity as I see it, in its most beautiful aspects like in its most evil ones.

Can you tell us something about the project you will present at the FASHIONCLASH Festival?
The project is inspired by the movie “D’amore Si Vive” and it(s called “Big Boy Lost in the Big City Life”.

What does your collection try to communicate (what is it about)?
This collection is the story of a big child who’s totally rejecting his adulthood. He wanders in a big pastel colored city, lost and amazed at the same time. Everything seems so beautiful that he doesn't want to grow up and have to see this magnificent city in grey like all those boring adult. He feels also trapped by society's pressure on him : become an adult, have a boring job, earn money, be dressed like a boy (because "boys wear blue pants and girls wear pink dresses)... He feels like he is the perfect child in the wrong day and age, trying to make his voice heard.

Why have you decided to participate at FASHIONCLASH Festival?
Because I don’t want to miss one chance to share my work. For me, a work which I don’t share equals to a work that doesn’t exist. And l feel like FASHIONCLASH was the right place for that. It brings so much people together, from all over the world. That’s just a true opportunity.

What can we expect from you at the festival?
I expect meeting people, move them, and come back home with new interesting contact. But above all, just having a great time sharing my work. And I guess I won’t be disappointed about that. 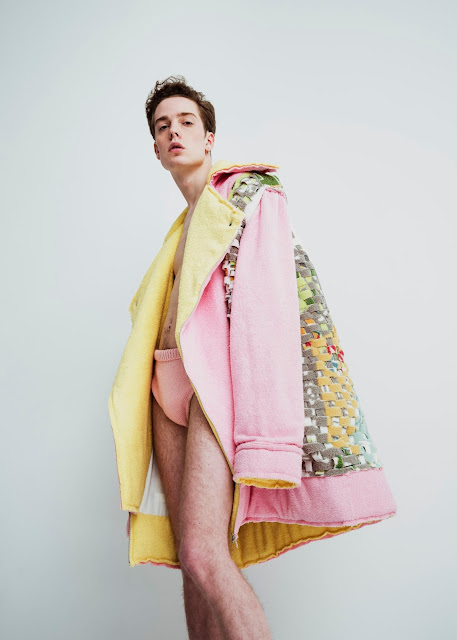 What’s a standard day for you?
A standard day, it’s a day working on new projects in my “atelier” !

Vegan, vegetarian, healthy diet or any food will do?
I tend to have a vegetarian diet.

What’s your favourite song, food and movie/TV-show at the moment?
Hallo Spaceboy of David Bowie (forever and ever!) Quinoa whenever with everything. Paris is Voguing – French Premiere. What is your bad habit? Untidiness, it is more than a bad habit, a way of life.

Are you a people's person or a loner?
Both. (So schizophrenic, again.)

Do you have a pet?
A dog, everybody needs one.

Are you going on holiday this year? If so, where are you going?
Not this year, unfortunately.

What/Who do you miss the most when you are not at home?
My dog!

For more information about Emilie: http://www.emiliethirion.com/