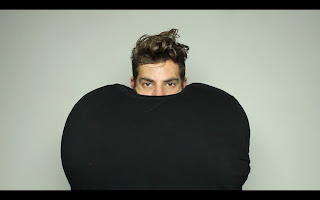 1. Please introduce yourself to our readers. (Who are you, where do you come from and what is your field of specialization?)
My name is Dennis Vanderbroeck. I’m 22 and I’m currently living in Maastricht but originally I’m from Zoetermeer, a small village kind-a-thing near Den Haag.
I’m studying performance art at the Theatre Academy here in Maastricht, which, for me, is a combination of theatre and fine arts. In my work I’m trying to create cross-overs between my fascinations, such as fashion, fine arts, video and theatre. 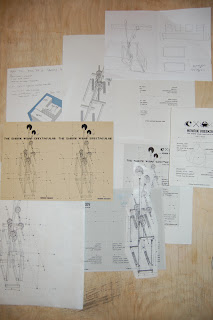 2. What fascinates you about fashion and how do you bring that together with performance art? Where do you see the link?
I think fashion is one of the most influential art directions. In a way the whole world has something to do with fashion. It doesn’t matter if that means creating French/Parisian haute-couture or buying your new undies at H&M.
I don’t have the ambition to create clothes myself but I really like working with young designers. I always put a lot of effort into my styling and into my work because I really think it can complete a story or ambiance you want to communicate.
Also in my private life, you’ll never see me wearing some baggy jeans and a vague colored t-shirt because when I dress up it really can change my mood or add something to it.
I really like designers who are creating a new world or tell a story with their collection because that’s exactly what I’m trying to do. I really think that the essence of art is to infect each other and to translate the things itching in your head. It doesn’t matter if you need fabric, a guitar or actors for it.


3. How do you get inspired? And by what do you get inspired?
At anytime, by anything. The smallest things can generate a whole new world. The other night, for example, I was lying in my bed and suddenly something popped up in my head. I went to my living room, opened my book and wrote down my whole new project at once. In the last few years I’ve learned that you can’t push it, you can’t force ideas to come up. I hate and at the same time love that moment when you have to wait for an idea. You’re feeling that something is going on in your head but you have to wait for the moment in which you can grab it. 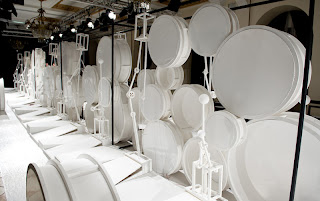 
4. You are studying Performance but did an internship at the Danish fashion designer Henrik Vibskov. How did that come about?
In my head that was the most logical choice I could make. I know Henrik’s work for a long time now, and I absolutely love it. The way he expresses himself through his work, in his collections but also in his other works is an example for me. 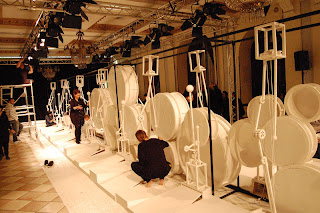 I decided to send a bottle with a letter to him, because I had the feeling I had to be there. I was totally stressed out when I was actually sitting at the airport leaving for 3,5 months to Copenhagen. I had no idea what to expect. I wrote him asking if it was possible to help creating an installation which is always part of his fashion shows.

5. Tell us a little bit about that internship regarding your experiences and what was so special about it.
His company is the best. So many lovely and talented people. It’s a relatively small company if you compare it with his work, I mean he’s huge. He’s so kind and generous and he really wants to give young people a platform to develop their creativity. He really likes working with people with different perspectives and from different backgrounds.
He gave me so much creative freedom and responsibility. I worked on creating the autumn winter ‘12 show. The title of the show was “The Shrink Wrap Spectacular”. We made a huge drum machine which was activated by the models as soon as they walked on it. I could use all of my visual ideas and also “perform” during the show in Paris. It turned out to be one of my most special experiences so far.


6. You already took part last year. What can we expect from you this year?
Last year I showed one of my visual works. This year I’m going to do a performance which takes place in the expo room, to spice that part up. We really want to dare people to take a look at all the wonderful things hanging there and not just as a nice view during their wine. I’m going to work with a young director called Sarah Tulp and another performer called Nina Willems. I will also be modeling for Nawie and Branko again.


7. What does “fashion clash” or a “clash with fashion” mean to you personally?
How do you define that for yourself? Something like a completely creative chaos explosion which stretches out the boundaries of fashion. 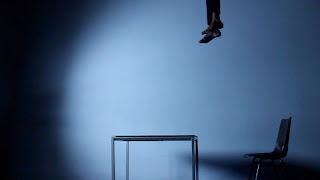 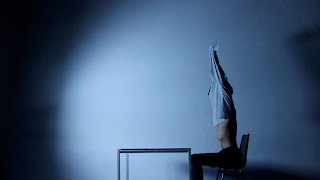 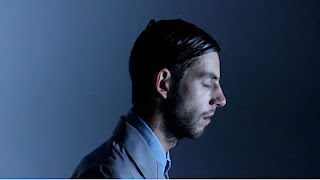