FASHIONCLASH film by Strictua 'ASPIRE' will be part of Berlin Fashion Film Festival 2013. It will be presented at the Young Guns screening on the 3rd of july.
If you're in Berlin make sure to be there.
http://berlinfashionfilmfestival.net/ 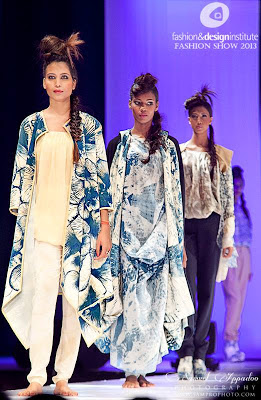 FASHIONCLASH attended Dutch Week in Mauritius last week! FASHIONCLASH has travelled before but never so far away and to such exotic destination as Mauritius.
The three Dutch Tall Ships ‘Tecla’, bark ‘Europa’ and ‘Oosterschelde’ are sailing around the world, wandering the oceans and following the old trade routes of historic times. From 15 – 19 June the ships where berthed near Le Caudan Waterfront in Port Louis in Mauritius. In connection to the historic visit of the Dutch Tall Ships in Mauritius, a Dutch Week was organized.
FASHIONCLASH has been invited to present one Dutch designer, two models and to invite several journalists. We have selected Dutch designer Tessa Wagenvoort to present her collection in the program of the Fashion & Design Institute fashion event that took place on June 17th. Accompanying Tessa Wagenvoort we have invited two Dutch models Lotte Berkelaar and Danila Pietersz. 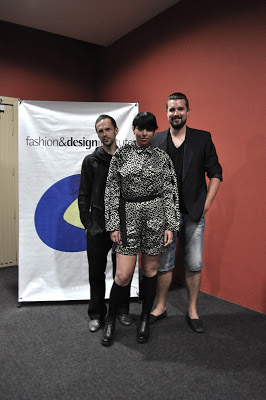 Beside the fashion show we have initiated a fashion shoot with the photographer Lonneke van der Palen. For this shoot we have used clothing of Tessa Wagenvoort and from students of the FDI Mauritius. The shoot took place in the Heritage Le Telfair Golf & Spa Resort where we where guests the entire week. This is the most wonderful resort with the kindest team.
Beside the fashion event and the shoot we had the honor to welcome the Dutch Tall Ships and to wave goodbye and fruthermore MTPA has composed a full program for us with various activities and visits around some of the islands highlights.
Looking back to last week it was an unforgettable week and encounter with lovely people we have met in Mauritius. We are now brainstorming about possible collaboration with the Fashion & Design Institute. We hope to go back to this small but magical part of the earth.

Review and impressions from the show: http://brankopopovic.blogspot.nl/2013/06/fashion-design-institute-mauritius.html 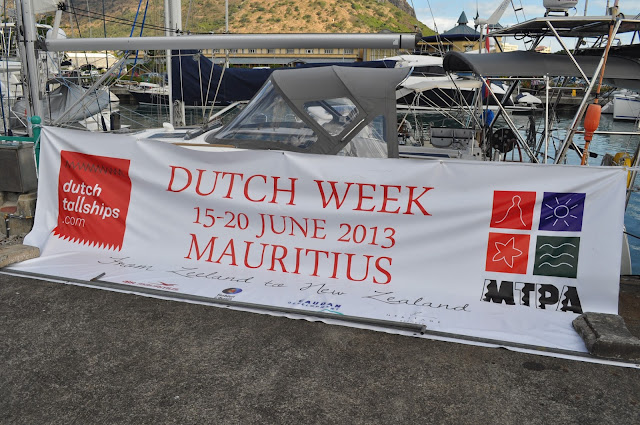 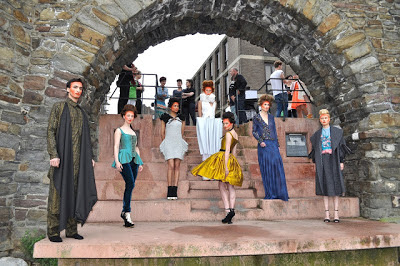 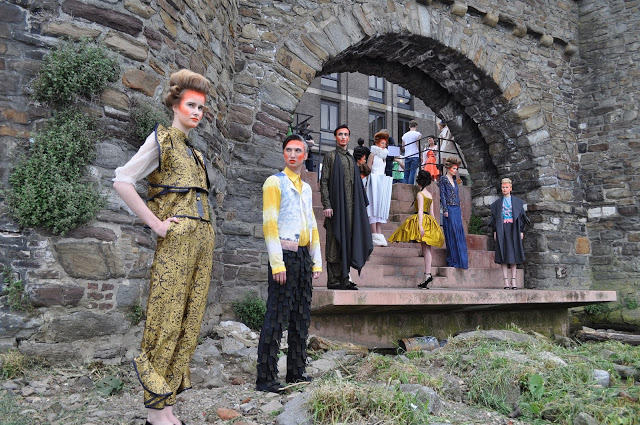 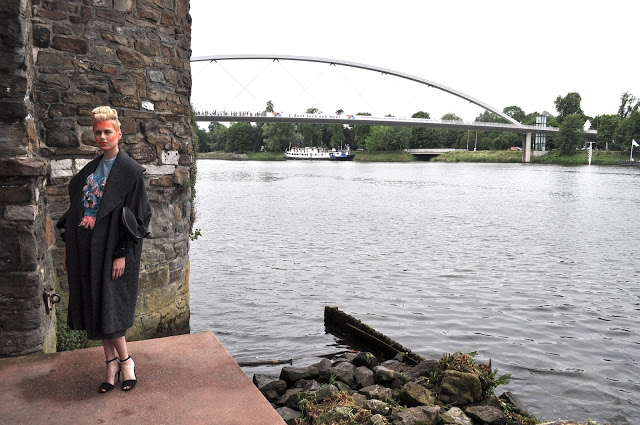 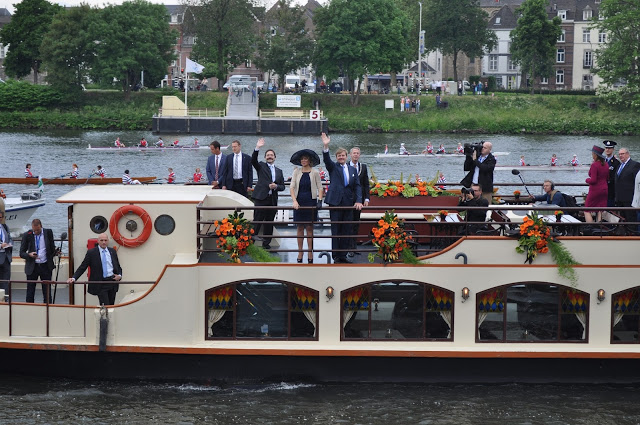 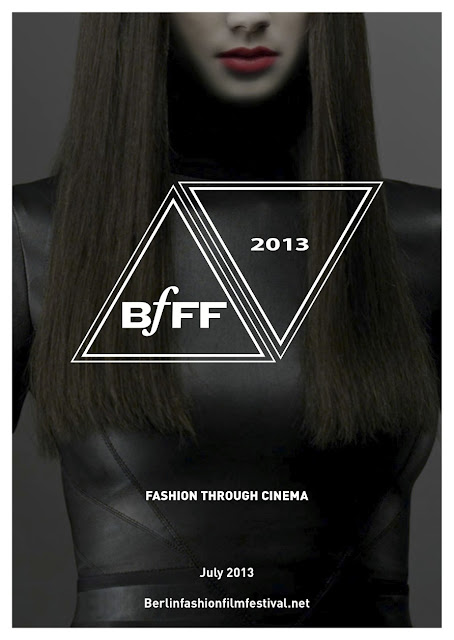 This year’s programme and locations for the Berlin fashion Film Festival have officially been released. The event spans between July 2nd and July 4th 2013, and it includes three public screenings, one award show, and one closing party, featuring names such as Dolce & Gabbana, Givenchy, H&M and Lana del Rey. An international guestlist formed by renowned professionals and trendsetters of the fashion, film and music industries makes it one of the most important events of Berlin Fashion Week SS14, including names such as Sara Maino, DJ Hell and Boris Entrup. The public screenings are divided between the Opening Screening, the first and most comprehensive screening of the season featuring names such as Cara Delevigne for MCS London and Wes Anderson for Prada on July 2nd between 5pm and 6pm, Young Guns, showcasing the best emerging fashion and film talent of the moment on July 3rd between 3.30pm and 4.30 pm, and Meet the Locals, a specially tailored programme focused on Berlin featuring the likes of Esther Perbandt, Moga e Mago, and Mads Dinesen on July 3rd between 5pm and 6pm. All public screenings take place at Kino Arsenal 1 on Potsdamer Straße 2, 10785 Berlin, and tickets can be purchased online until sold out by visiting the Berlin fashion Film Festival programme page.

The Award Show takes place on July 4th at ARENA GLASHAUS, Eichenstrasse 4, 12435 Berlin. Doors open at 6pm, with the evening including the screening of nominated films, the award show, and an exclusive is accessible via accreditation only and focused on professionals of the fashion, film and music industries. Accreditation can be requested via the Berlin fashion Film Festival programme page until June 30th, 2013. 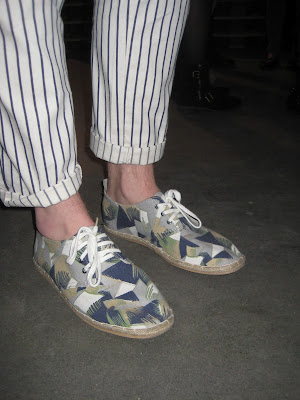 The Chaussures Mondiales contest in still on! On Saturday, June 1, at the 2nd day of FASHIONCLASH 2013, we photographed even more amazing shoes that makes it difficult for us to chose the winning pair! So you have to do it for us! 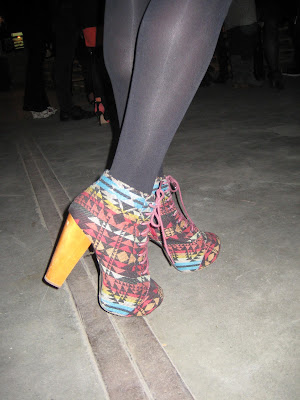 Don’t forget that on Wednesday, June 5, at 20:00 we will announce the results! Are your shoes going to make you a winner?

Win a 150 € voucher from Chaussures Mondiales: First day of the contest! 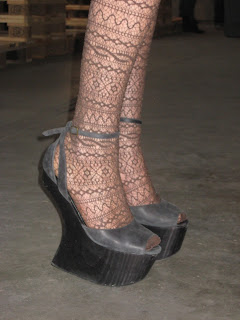 FASHIONCLASH Maastricht 2013 guests and visitors look absolutely fabulous so Chaussures Mondiales wants to reward you with a 150 € voucher!


On Friday the 31th of May, at the Opening of FCM 2013, we were already impressed by stunning shoes.
So go to the Chaussures Mondiales Facebook page and start Liking your favourite shoes!