Meet Sara Gulyas, a creative Hungarian shoe designer who lives in Budapest. She graduated as a leather-designer from the Moholy-Nagy University of Art and Design in 2013. In the same year she introduced her brand Pikkpack, which is a Hungarian play on words meaning “it’s a piece of cake”. Pikkpack is a flat-packed footwear that the wearers assemble themselves.

When did you realise you wanted to be a designer? How long have you been designing?
I went to a secondary school of fine and applied Arts when I was 15. I was admitted to the ‘leather-design’ department, this is when my story with and love for leather started and this is when I started designing leather accessories. At the moment, I work with shoes but it’s possible that I will get back to designing bags in the future. I have never been particularly interested in clothes and I would not call myself a fashion designer. I prefer just the term ‘designer’. 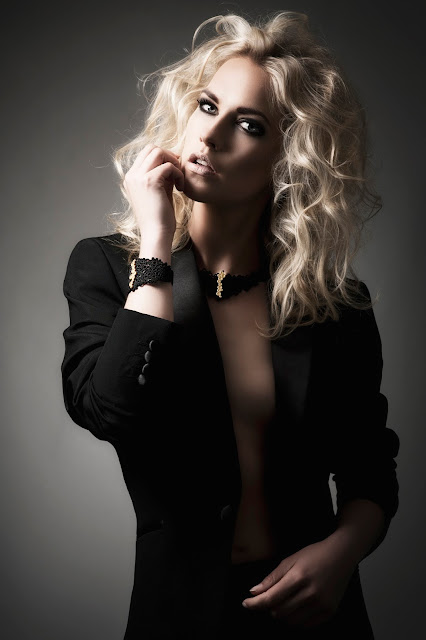 Meet Dario Scapitta, a very talented Italian 3D-printed-jewelry designer based in the Netherlands. First he studied jewelry design in his hometown and town of Italian goldsmiths, Valenza. After that he studied set and interior design at the Academy of Fine Arts of Brera in Milan. Up until now he has been designing jewelry for over ten years.

You can see and buy Dario Scapitta´s work at Designer Market. Friday July 1 open at 18:30 and Saturday July 2 open at 16:00 (free entrance).

When did you realize you wanted to be a designer? How long have you been designing jewelry?
Since high school I have realized that design was my future. Jewelry design has become my way to make my creativity real. I'm working as a jewelry designer since almost 20 year now, It is my passion and it always will be.

What are your main achievements in your career at this moment?
I had the possibility to start my own brand and to design my own collections. It is not always easy of course but I got used to is, it is my life.

Ting Gong will present her new collection at FASHIONCLASH Festival on Saturday July 2. You can get your tickets here.

Describe yourself in three words.
A listener, a rebel and a stick-to-it-ive.

How would you define fashion?
Fashion is a field that involves a lot of various collaborations with other creative fields in order to create a notion of futurism, that illustrates something new and potential.

Who are your artistic influences or inspirations and why?
Hussein Chalayan and Chuang Tsu.

Finding your own voice is difficult, where and how do you find your personal creativity (before you start designing; during the design process)?
Believe in a simple idea, and create an universe out of it through a lot of practice. 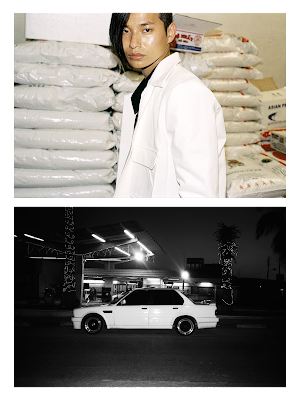 Acreati collaborates with FASHIONCLASH to bring its online contemporary fashion platform offline to the vibrant city of Maastricht. During the weekend of FASHIONCLASH Festival, Acreati will present an exhibition + pop-up showcasing its unique curation of documentary, fine art, and fashion photography, together with selected pieces of independent designers. You can shop hard-to-find fashion items directly at the pop-up store.
The ‘shop through visual stories’ concept is developed by Acreati with a manifesto to change the overly commercial approach to fashion. By interpreting fashion through photography and art, Acreati aspires to uncover authentic design stories and bring back the essence of fashion.

In addition the ‘Shop Through Visual Stories’ Exhibition + Pop-Up will also take place during Mercedes-Benz FashionWeek Amsterdam in the same weekend. 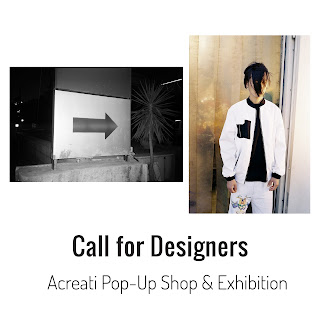 OPEN CALL FOR DESIGNERS: Are you interested to participate? Check out the details here!

Since the beginning of FASHIONCLASH Festival in 2009, Clash Project each year invites 10 young artists and designers to translate their work into a wearable piece for the catwalk. Participants from different art and design disciplines (all non-fashion designers) are challenged to transfer their practice, both materially and conceptually, to a fashion outfit. It is an invitation to come out of the comfort zone, to play and experiment.
For the 2016 edition the participants are asked to take the theme of Heritage in consideration, whether  personal or the heritage of their practice.
Over the years we Clash Project has been developing into an iconic project in cooperation with Matylda Krzykowski, who was the curator of the project until 2015 edition.

Curious what the 8th edition of the project will bring? The result will be presented on Saturday July 2nd SHOW 5 at the catwalk of FASHIONCLASH Festival.