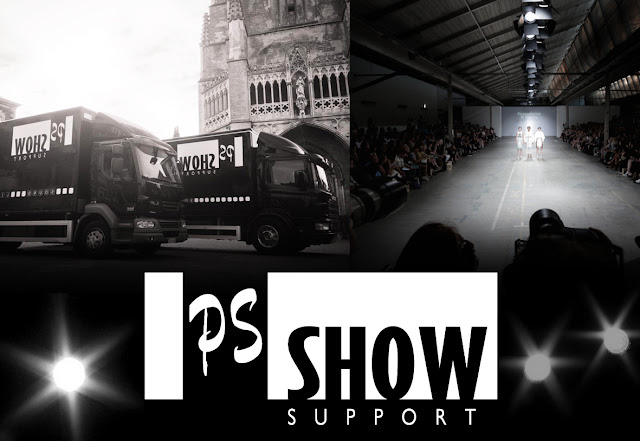 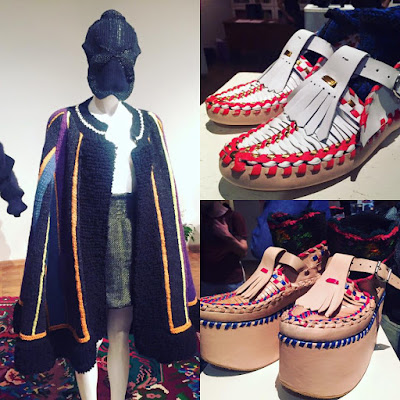 Exploring Inspirations project took place in 2015 with Dutch and Serbian designers participating in three stages: clothing, jewelry and shoe design. All designers took part in workshops with experienced craftsmen. Clothing items based on knitwear technique, onsite, with knitters demonstrating the patterns and possibilities of the wool material.
Jewelry design phase was centered around a filigree masterclass workshop with experienced goldsmith from Macedonia, Biljana Klekačkoska who explained the technique so that the designers mastered it in just four days of intense work and produced their own prototype jewelry designs in silver.
Shoe design workshop focused on opanak shoe (the traditional Balkan type of shoe) as an inspiration. The craftsmen from Kiri manufacture of traditional costumes held a demonstration of opanak assembling and leather preparation before the designers, enabling them the insight of the stages and method of constructing the details that are involved in their drawings later. 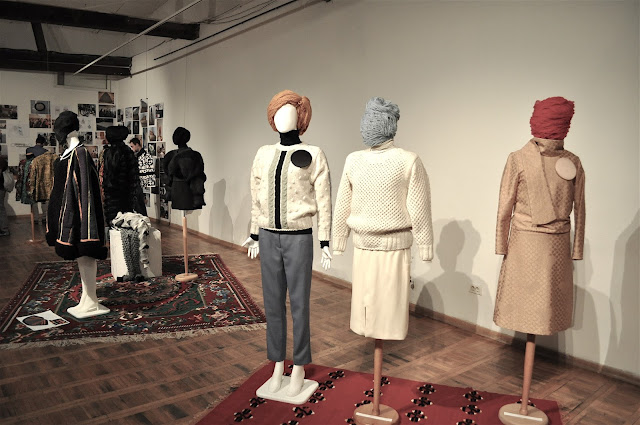 The results: sketches of contemporary garments and shoes and jewelry. The production of which involves the application of an appropriate technique that was chosen at the workshop. These designer pieces, in addition to being modern, first of all preserve the crafts that are inspired by: traditional patterns of knitwear from Sirogojno, traditional opanak techniques of knitting leather and filigree embroidery in silver with outstanding detail. Therefore, each piece has the aura of cultural heritage as an added value.
Conny Groenewegen, Sanne Jansen, Irina Somborac, Nina Sajet, Nhat-Vu Dang, Nenad Sojaković, Amber Ambrose Aurele, Deniz Terli, i Jan Jansen designed together a mini collection, which has nothing to do with trends, but is somehow transferring capsule legacy of the past into the modern era. It is a capsule collection themed around the craftsmanship techniques from the Balkans.

In addition, the special guest during the exhibition in Belgrade was the brand Afriek, also from Amsterdam whose methods are very similar to the project. Brand Afriek produces a very small series of men's clothing made from traditional African fabrics with vibrant color prints and also employ African workers in making the clothes. The long-term objective of the project Exploring Inspirations is certainly production of this collection and its accessories, networking new guest designers who will be inspired by other traditional crafts and complement this collection in the future. 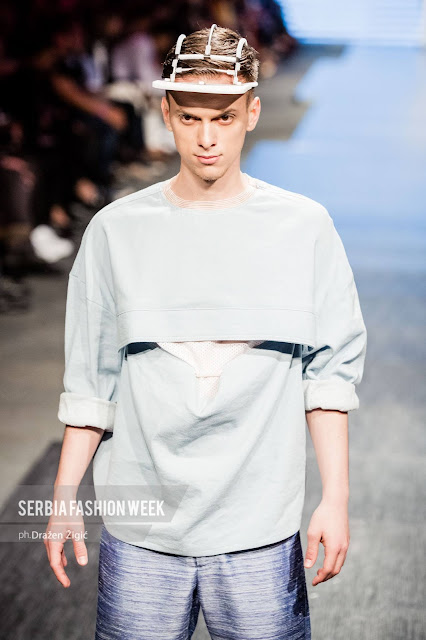 FASHIONCLASH Festival designers Bluedenîmes & Minou Lejeune where given the opportunity to present their collection at Serbia Fashion Week in Novi Sad Serbia.